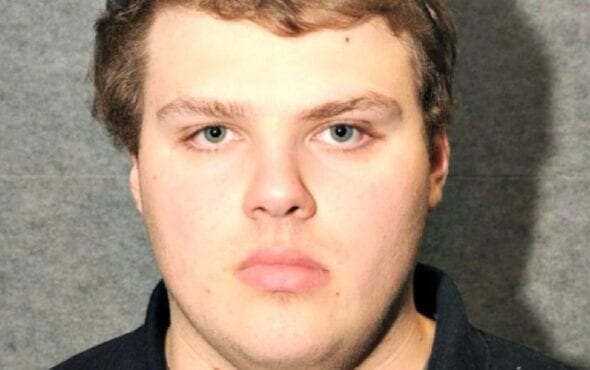 Luke Hunter was jailed for encouraging terrorism against Jews, the LGBTQ+ community and racial minorities.

Luke Hunter, a Neo-Nazi propagandist, has been jailed for four years and two months after admitting to seven charges of promoting terrorism and disseminating material from terrorist publications.

Hunter was sentenced last Wednesday (23 December), after being arrested in October last year.

Searches of his home found a large number of white supremacist texts, military training manuals and guides on surveillance, guerrilla warfare, weapons and explosives. Police also recovered a machete and Nazi memorabilia from his bedroom.

His media devices contained files filled with extreme right-wing content, including the manifestos of previous mass murderers and files from Hunter which police described as “deeply disturbing.”

His social media account on Telegram had over 1,200 followers and was linked to the Neo-Nazi group, the Feuerkrieg Division. It contained posts calling for the “eradication” of Jews and posts idolosing the Admiral Duncan bomber, David Copeland.

In a statement, detective chief superintendent Martin Snowden, the head of Counter Terrorism Policing North East, said: “Hunter invested a lot of effort in maintaining his website, his online presence and his status among like-minded individuals. He saw himself as an influencer and even sought to widen his following by speaking at a right wing conference in the UK.

“These actions are not simply the result of a young person simply seeking to explore and express their social or political views. Hunter promoted neo-Nazism to the widest possible audience and was reckless about the consequences.

“Through his pleas, Hunter accepts he was responsible for the hateful posts on his accounts, posts which glorified terrorism, promoted killing techniques and encouraged the killing of Jews, non-white races and homosexuals.”

He added: “Luke Hunter represents a threat to our society, not simply because of his mindset, but because of the considerable lengths he was prepared to go to in order to recruit and enable others in support of his cause.”