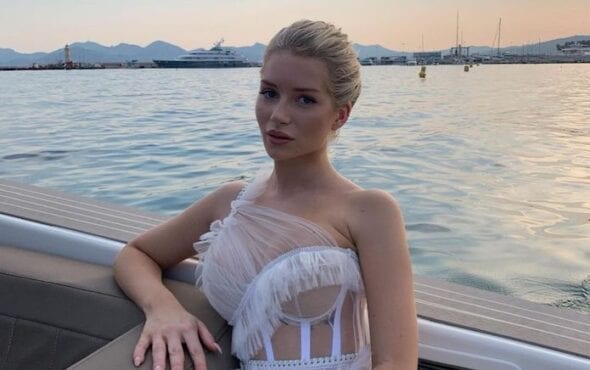 “It depends on who I meet.”

Lottie Moss has come out as pansexual.

The British model, sister of Kate Moss, spoke about her sexuality for the first time in a Q&A session on Instagram.

After one of her fans asked if she would ever date a woman, Moss informed her 320,000 followers: “I’m pansexual so I don’t really mind any gender.

“It kinda changes every day as well. It depends on who I meet.”

Another asked Moss what she would consider to be outside her comfort zone, to which she responded: “Definitely a relationship with a man, for sure.”

The star also explained the meaning behind her tattoo that reads, “Not Yours.”

“I was dating a guy and he really pissed me off and I went and got a ‘Not Yours’ tattoo to say, ‘fuck you,’ and now we’re broken up,” revealed Moss.

In the past, she has been linked to Made in Chelsea stars Alex Mytton and Sam Prince, as well as I’m a Celebrity… Get Me Out of Here! alum Roman Kemp.

Earlier this month, Moss discussed her ADHD diagnosis on Instagram to help her followers better understand the condition.

“I was diagnosed with ADHD this year and knowing about it and being on right medication has changed my life, and it could save someone else’s,” she said.

“There’s a lot of anxiety, depression and substance abuse that comes with having ADHD, just as a result of not knowing you have it or being misdiagnosed.

“If you are anyone you know might have ADHD and you just have a hunch, or you just want to know more about it, please Google it and go to a doctor. Find out more because it can be really serious.”

Related: Cara Delevingne comes out as pansexual: “I’m attracted to the person.”