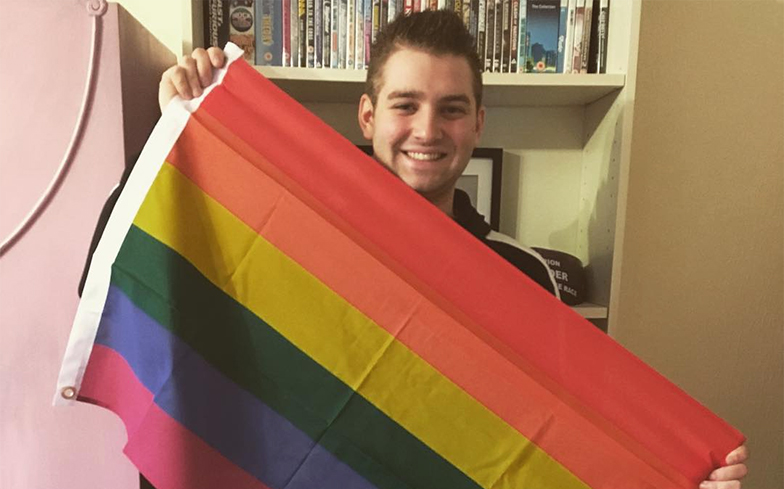 British biking champion Zack Leader has come out as gay.

The 19-year-old, who’s a two-time Junior British Gravity Bike champion and hopes to become the first ever out gay British Superbike champion, shared the news of his sexuality in an emotional post on social media on New Year’s Day.

“For about six months now, this is how I wanted to start the new year. A fresh start. No more hiding, no more lies,” he wrote.

“To some of you this won’t be news, but to a lot of you, I imagine it won’t have even crossed your mind. Some of you may have thought about it I imagine. What I’m trying to do is come out and say I’m gay.”

Zack explained some of the fears he faced before coming out, worrying over whether or not his fellow riders would accept him, before he decided to take a leap of faith and share the news with the world.

“I’ve always worried this would hinder me from getting sponsors and maybe even signed by teams in the future; that team managers wouldn’t want the hassle and so wouldn’t bother, regardless of how good I may be,” he continued.

“Obviously I’ll find all this out in good time but I really hope everyone both in general life and racing life accepts me for who I am.”

While he acknowledges that his decision to come out is a highly personal one, Zack also hopes that it will give other LGBTQ racers confidence to be open about who they are.