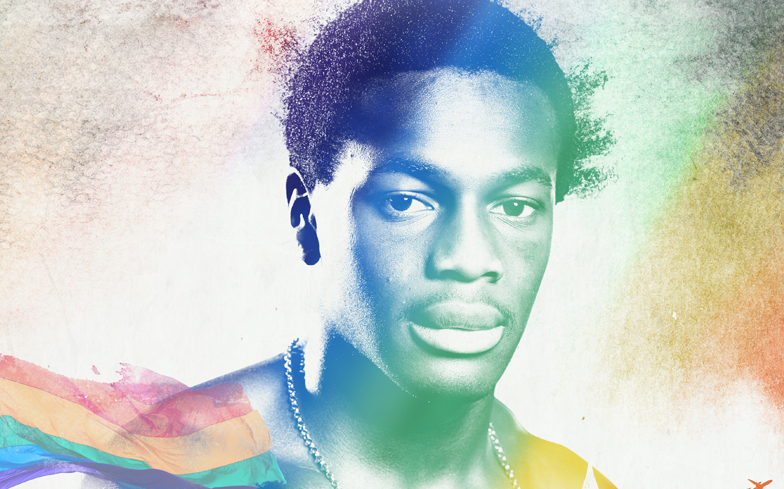 “He would be extremely honoured.”

It’s been announced that Justin Fashanu, Britain’s first and only openly gay male professional footballer, will be posthumously inducted into the National Football Museum’s Hall of Fame later this week.

Justin took his own life in 1998, eight years after he came out to the world in an interview with a national newspaper.

He will be recognised at a ceremony on Wednesday in Manchester, where his niece Amal will receive the award on what would have been the footballer star’s 59th birthday.

Amal, who runs the Justin Fashanu Foundation to raise awareness of discrimination in football, told Sky Sports: “I think he wouldn’t believe it himself. I know he would be extremely honoured, and I know that I am extremely honoured and so is my family.

“I guess for Justin this would be a great moment and I think it’s a pivotal moment when we are finally recognising who Justin Fashanu was, not only as the openly gay footballer, but also as a very talented footballer and the first million-pound black player in England.

“When I went up to the Football Museum in Manchester a few years ago, I was quite shocked to not see Justin there [in the Hall of Fame]. Maybe that’s because I’m his niece and I just think he’s amazing, but as a footballer I would have expected him to be there.”

Several stars including Robbie Rogers and Tomas Hitzlsperger have come out as gay after retiring from professional football, but Justin remains the only male player to have been openly gay while playing in England.

Amal acknowledges that it’s still difficult for players to come out publicly, but is confident that anyone who does come out will have an easier time than her uncle did.

“I have gay football friends who play right now who happen to be gay to their friends and family but just not to the rest of the world,” she said.

“It’s their option. I don’t blame them because I do know why, but it’s very sad – we’re in 2020 and I don’t understand why there hasn’t been a footballer yet to come out who is still currently playing, because nothing will change.

“I think it has got easier because we have moved on in life and in general. I think everyone, in other industries, we’re very happy to accept is gay or who is whatever they choose to be, but I guess within football, because it is such a close-knit, dark archaic kind of vibe, it’s very difficult.

“I think today, if a footballer came out it would be definitely not even half as bad as Justin coming out, but I think it would still be hard, it would still be a challenge. But what’s harder, to live pretending to be someone else or to be yourself?”

The National Football Museum’s Hall of Fame was launched in 2002, and features over 100 male players, as well as women, managers and teams.

Find out more about The Justin Fashanu Foundation here.