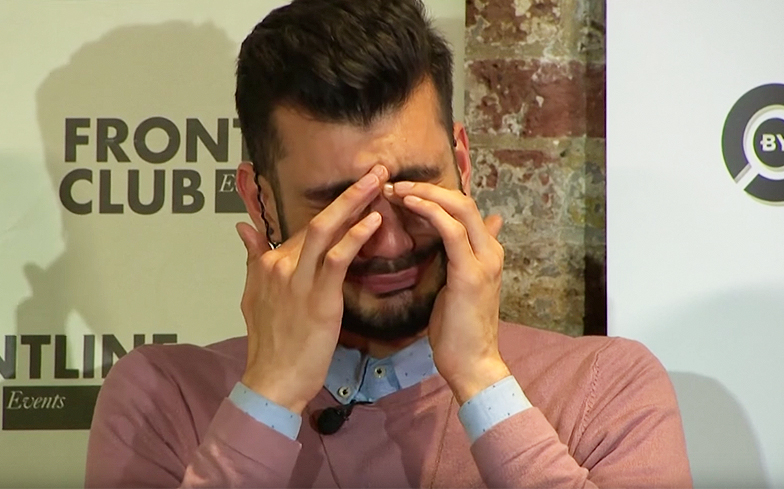 Over the weekend, Sharmir Sanni was forced to come out to his family and friends after a Downing Street aide outed him in an official public statement.

The Brexit whistleblower was about to go public with allegations that the Vote Leave campaign broke electoral spending rules ahead of the referendum back in 2016.

In the statement, Parkinson writes: “Shahmir became an occasional volunteer for Vote Leave and other Leave campaigns, and we began a personal relationship.

“We subsequently dated for 18 months, splitting up — I thought amicably — in September 2017.

“That is the capacity in which I gave Shahmir advice and encouragement, and I can understand if the lines became blurred for him, but I am clear that I did not direct the activities of any separate campaign groups.

“I had no responsibility for digital campaigning or donations during the referendum, and am confident that Vote Leave acted entirely within the law and strict spending rules at all times.”

Sanni was left distraught by the statement as he had not yet come out to his family in Pakistan, and his public outing put their safety at risk.

“It was fucking shit,” Sanni told the audience at London’s Frontline Club on Monday night. “I had to come out to my mum the day before yesterday.

He added: “Number 10, Dominic Cummings and Stephen Parkinson have stripped me of the most important conversation for me, to have with my mother and my sisters and my family.

“I came out to my mum and she said to me, I love you no matter what and they’re doing it to shut you up. I was like thanks momma.”

There have been calls from both Conservative and Labour MPs for Parkinson to be fired for releasing the “very distasteful” statement.

“A number of us have told our whips we think [Parkinson] has to go and should avoid hanging on and becoming an even bigger story,” a senior Tory MP told BuzzFeed News.

Labour MP for Croydon North, and Shadow Minister for Civil Society & Young People, Steve Reed, has also called for action to be taken.

“It is despicable for the office of the Prime Minister to launch a vindictive personal attack in this way, and unacceptable for your office to out people in an attempt to discredit them,” a letter to the PM from LGBTQ Labour MPs reads.

LGBT Labour MPs tell Theresa May to sack No 10 press secretary for abuse of power when he outed Leave campaign whistleblower in official No 10 statement pic.twitter.com/RJYE8rwZI0

“The statement was an abuse of power against a vulnerable young man and his family, and it demeans your office.

“We call on you to apologise to the young man in question and to sack the member of staff responsible for this serious abuse of the privileged position they hold.”

In the House of Commons on Monday, Theresa May defended Parkinson and said he was doing a “very good job”.

Responding to a question from Labour MP Ben Bradshaw, she said: “I of course recognise the importance of ensuring that we do recognise that for some, being outed as gay is difficult because of their family and circumstances.

“What I want to see is a world where everybody is able to be confident in their sexuality and doesn’t have to worry about such things.

“Any statements issued were personal statements.”

That, however, is at odds with the statement in question, which was issued by a Number 10 official using a government email address.

The statement 'OFFICIAL' issued by No 10 and seen by Channel 4 News would suggest otherwise. pic.twitter.com/NVP8nVGqxA

As for Sanni’s claims that the Vote Leave campaign broke electoral spending rules ahead of the referendum back in 2016, that will now be handed over to the Electoral Commission to look into.