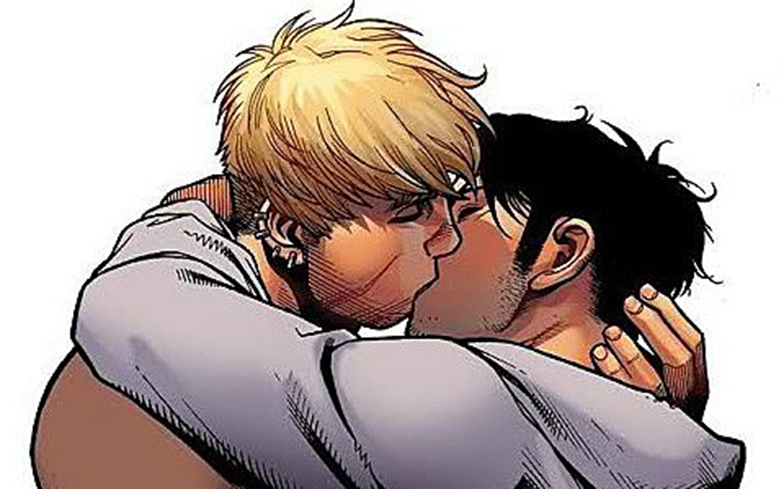 The biggest newspaper in Brazil just published an illustrated same-sex kiss between two Marvel characters on its front page, in protest against the mayor of Rio de Janeiro and his attempts to ban LGBTQ content.

Former bishop Marcelo Crivella – who once called homosexuality “evil behaviour” — demanded for copies of the comic book, Avengers: The Children’s Crusade, to be withdrawn from a book fair because he said it included unsuitable content for minors.

The comic – which was published in 2010 and has been available in Brazil since 2012 – features a gay kiss between fan-favourite characters Wiccan and Hulkling, who are often referred to as “Marvel’s most prominent gay couple”.

“It is not right for them to have early access to subjects that are not appropriate for their ages,” he said. “Books like this need to be wrapped in black sealed plastic with a content warning displayed on the outside.”

Mariana Zahar, vice-president of the National Union of Book Publishers, organisers of the book fair, said: “It is an attack on freedom of expression. We will fight this to the end.”

After the mayor intervened, copies of the comic quickly sold out. The Supreme Court have since made it illegal to ban any LGBTQ publication, and ruled Crivella’s actions illegal because he only targeted LGBTQ content.

Brazilian newspaper Folha de São Paulo posted the kiss between the two characters on their front page to “throw light on censorship threats”, according to editor Sérgio Dávila.

“The mission of professional journalism and a newspaper like Folha is to be uncompromising with obscurantist attempts and to shed light on threats of censorship,” he said in a statement.

After receiving backlash for his comments and demand for the comics to be withdrawn, Crivella tweeted: “The decision to collect comic books at the Biennial had only one goal: to comply with the law and protect families.”

In the past, Bolsonaro has said he’d rather his son die in an accident than be gay.

In an interview with Playboy, he said he “would be incapable of loving a homosexual son”, adding: “If a gay couple came to live in my building, my property will lose value. If they walk around holding hands, kissing, it will lose value!”