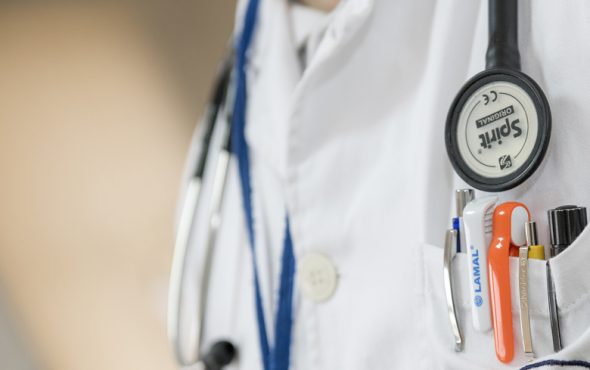 A 36-year-old Brazilian man has been cleared of HIV following an intensive experimental drug therapy.

The man, who wanted to be referred to as the ‘São Paulo Patient’ to protect his privacy, is the first person in history to maintain long-term HIV remission after being given a year-long course of antiretroviral (ARV) medication.

He received the treatment alongside four other anonymous patients, but is the only one to have been “cured” by the experiment. The researchers, who shared their findings at the virtual International Aids Society conference earlier this week said further analysis needs to be made before it can officially be classed as a “cure”.

The patient is only the third person to have been “cured” of HIV after Timothy Brown and Adam Castillejo (previously referred to as the ‘London Patient’), who were both cleared of the virus after receiving bone marrow transplants as part of treatment for cancer.

Two months after the São Paulo Patient’s diagnosis, he was put on standard ARV treatment and was enrolled in a clinical trial where he received standard ARTs and HIV drugs dolutegravir and marivoc, as well as nicotinamide, a form of vitamin B.

Nicotinamide has been proven to fight part of the virus that infects cells and causes them to self destruct, as well as activating the immune system. The patient had this therapy for a year and went off treatment in March 2019. He has since been tested every three weeks. One year later, he still has no traces of viral load or any antibodies.

Professor Sharon Lewin, an expert in HIV and infectious diseases at the University of Melbourne who was not involved in the study, said the patient having no antibodies was a significant breakthrough in the fight against HIV.

“When someone is infected with a virus they make antibodies. And antibodies don’t budge, even when you’re on treatment and there’s no detectable viral load. But this showed he had no antibodies which is supportive of him being cured,” she said.

However, Lewin said it is important to remember that this is just one person and the same result did not apply to the three other patients, hence why the findings are being published as a case report rather than an academic paper.

Dr Ricardo Diaz, who led the study at the University of Sao Paolo in Brazil, said he was “trying to wake up the virus” and boost the immune system’s ability to eliminate the cells once they’ve come out into the open.

“We can’t search the entire body, but by the best evidence, we do not have infected cells,” he said. “I think it’s very promising. This patient might be cured.” However, Diaz reiterated that it will take more time to know.

“It’s hard to work out whether this person had the virus under control because we don’t know when he acquired HIV or whether the addition of extra ARVs and nicotinamide made a difference,” added Lewin. “Everyone wants to find a way to allow someone to stop treatment safely. If even three out of 20 patients had the same response to this treatment it would be exciting.”

There are currently 37 million people in the world living with HIV. According to World Health Organisation, 25.6 million of these people reside in Africa, with 3.5 million in East Asia, 3.3 million in the Americas, 2.4 million in Europe, 1.5 million in the Western Pacific and 360,000 in Eastern Mediterranean. We recently rounded up ten facts you should know about HIV, which you can see here.

Related: The availability of peer support is vital for people living with HIV.