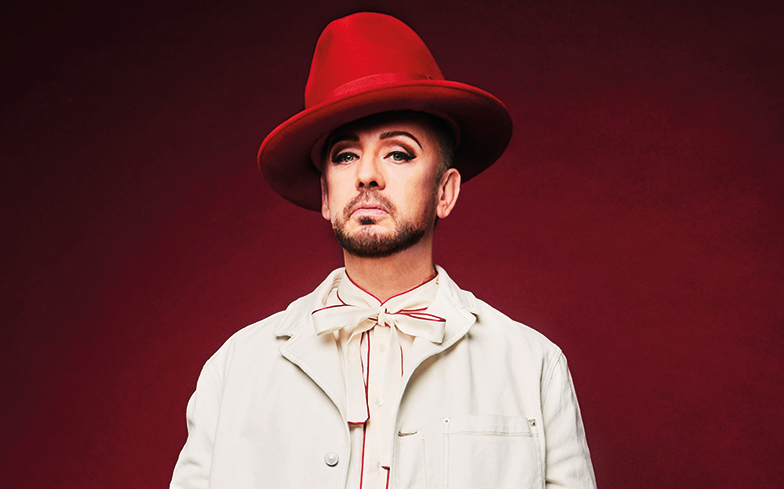 “Leave your pronouns at the door.”

Earlier this week, the Culture Club star came under fire from the LGBTQ community on social media, specifically those who identify as trans and gender non-conforming, for tweeting unprovoked: “Leave your pronoun’s at the door!”

After a fan said his comments were ridiculous, he responded: “You must refer to me as ‘Napoleon’ and that’s as ridiculous as it gets! I used the ladies toilet throughout the 80s!” He then called preferred pronouns a “modern form of attention seeking”.

Another user asked him, “What does it take to show others respect by using their preferred pronouns?” to which he responded, “Thanks for that, but I have eyes and can mostly describe what I see!”

Boy George’s comments came as a shock to fans. Throughout his career, the star has been praised for his flamboyant and androgynous image and has been credited with paving the way for other gender-bending performers and artists.

The LGB Alliance, a trans exclusionary organisation, supported Boy George, tweeting: As lesbians, gays and bisexuals we applaud @BoyGeorge for saying what many people think and few say. At the #lgballiance we don’t “have” pronouns.

“Telling people “your pronouns” is telling them how they have to see you.”

After receiving widespread backlash, Boy George stressed in a short video that he’s not transphobic because he wears makeup and eyelashes, and later tweeted that he’s made mistakes but has always shown “great respect to people”.