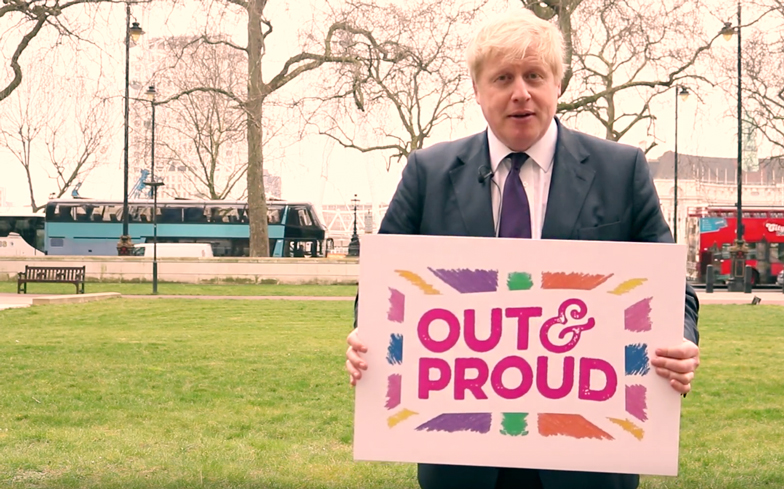 The frontrunner to be the next PM was quizzed over comments he had made in previous columns.

Boris Johnson, one of the candidates to be the next Prime Minister, has defended comments he made in previous columns where he called gay men “tank-topped bumboys”. Johnson was challenged over the comments in an interview with Sophy Ridge for Sky News.

Noting his record in office of supporting LGBTQ rights, Sophy propositioned that Johnson wasn’t homophobic but he would “just say anything to get a laugh.”

Defending the comments, Johnson said: “I think if you look at each and every one of those columns or articles you’ll find that the quotations have been wrenched out of context, in many cases made to mean the opposite of what was intended, and actually look at my record whilst I was Mayor of London.”

He then pointed to his record in office, saying: “If you want to look at somebody who’s campaigned for gender equality, look at what we did in the Foreign Office where had a huge campaign for 12 years of quality education for every girl in the world that was massively successful, it was taken up by other countries.

“Look at the way I ran London. We had huge campaigns to protect the rights of women and particularly against violence against women, and I think sometimes there is a tendency, as I say, take words out of context rather than to look at what I actually did.”

During Sophy’s question, Johnson also interrupted her to say that the comments, at that time referring to race, where “wholly satirical.” When Sophy put to Johnson that he couldn’t “take responsibility” for his comments and actions, he rejected her claims, saying: “On the contrary, I take full responsibility for everything I’ve said.”

During a leadership hustings held earlier this month, Johnson defended schools teaching LGBTQ-inclusive education, saying: “Schools should be asked to reflect the world as it is and, to be reasonable, that’s the way things are now.”