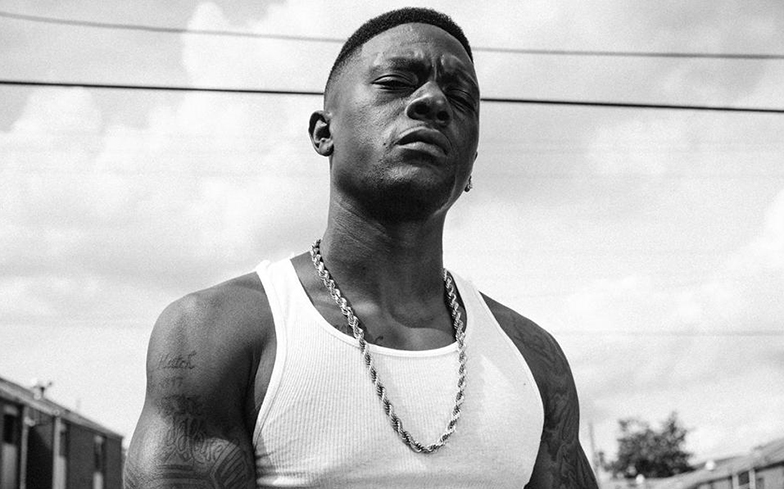 Boosie Badazz claims he was asked to leave a gym after misgendering Dwyane Wade’s daughter.

Last week, NBA star Dwyane appeared on The Ellen Show and revealed his daughter Zaya recently came out as trans, saying he and his wife Gabrielle Union are “proud parents of a child in the LGBT+ community” and “proud allies”.

The announcement was met with positivity from many fans who praised Dwyane and his wife Gabrielle Union for their inclusive approach to parenting, but not everyone was supportive.

In a video shared to Instagram earlier this week, rapper Boosie criticised the Wade’s decision to support their daughter, saying: “That is a male. A 12-year-old… If he gonna be gay, let him be gay. But don’t cut his dick off. Don’t address him as a woman.”

Now, Boosie has claimed that a Planet Fitness gym kicked him out because of his transphobic comments.

“Do not go to Planet Fitness, they racist. They haters. They just put me out Planet Fitness for what I said about Dwyane Wade’s son,” he said in a video shared on Instagram.

In the video’s caption, he continued: “Manager who was gay refused to let me [in] Planet Fitness because of my past actions on social media about gender.

“Do not support Planet Fitness, they racist, they have roaches, [and] they shower water don’t get hot! Get out ya feelings lil bitch. Bitch u want a gay child but don’t nobody want to have a baby for yo sissy ass now u mad!”

A statement from the gym claims that Boosie had been harassing staff at the gym, and that’s why he was asked to leave.

“Planet Fitness does not tolerate harassment or discrimination of any kind. In this instance, a guest was asked to leave after refusing to comply with gym policies and harassing club staff,” they said.

“We are the home of the Judgement Free Zone and as such, we have policies in place to ensure that we maintain a non-intimidating, welcoming environment for all of our members where everyone feels accepted.”

Fortunately, Zaya will always have support from her family, with Dwyane saying it’s his and Gabrielle’s responsibility “to go out and get information, to reach out to every relationship we have” to educate themselves about the trans experience.