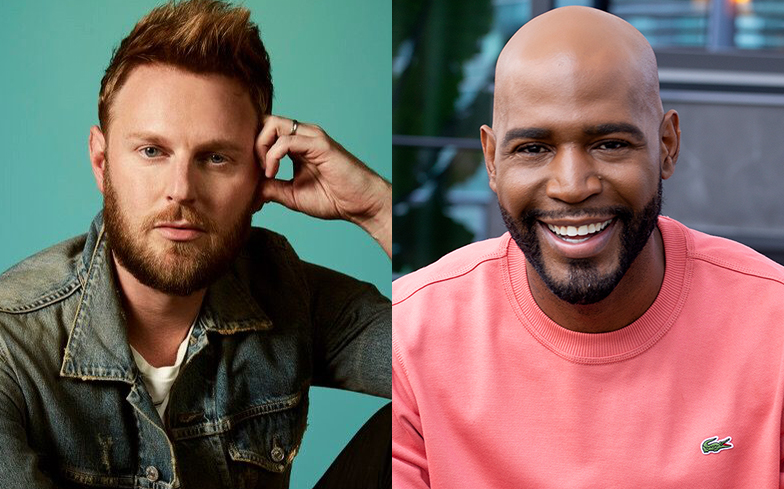 Bobby Berk has come to the defence of his fellow Queer Eye star.

Self-help guru and Fab Five member Karamo Brown is facing backlash from the LGBTQ community after he defended Donald Trump’s former press secretary Sean Spicer, who he’ll be appearing alongside on the new season of Dancing With The Stars.

Speaking to Access Online earlier this week, Karamo called Sean a “really sweet guy” and suggested he would be able to help him grow as a person.

After people on social media began to accuse Karamo of joining in the rehabilitation of Sean’s image in the public eye, Bobby took to Twitter to defend his friend’s comments and place the blame instead with TV network ABC, who air Dancing With The Stars.

“I’m very saddened by what my cast mate Karamo is having to deal with today. We’ve been trained over and over to not talk smack about anyone in an interviews and to try to be as nice as possible,” Bobby wrote.

“When being backed in a corner about voicing his opinions about Sean Spicer, Karamo’s media training kicked in as we are trained to do. ‘Don’t talk negatively about people in interviews! Always be nice!’

“It’s frankly a really shitting [sic] situation to be put in and ABC should be ashamed of themselves for having put the cast in the position of having to take a political side on a fucking dance competition.”

He continued: “Everything around us is constantly too political as it is. Shame on you ABC for now making this beloved show political by casting one of the biggest liars who has ever been.

“It’s called ‘Dancing with the STARS’ and the fact that you’re calling him a star is disgusting.”

Among those who criticised Karmao are American author Roxane Gay who tweeted, “There is no friendship with people who enable fascism,” and writer David Duran who said, “You don’t need that show and you’d be doing a way bigger thing for our community by quitting.”

In response to the backlash, Karamo reportedly blocked several of his critics and wrote in a now-deleted tweet: “I honestly can’t stand people like you who post things like this just to flame the fire and get a reaction.

“We fight harder than your ass ever has for people of colour and members of the LGBTQIA community.”