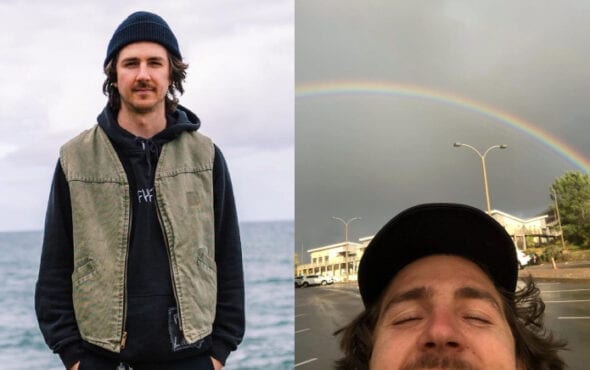 Corey Walsh has come out as gay, becoming one of the first high-profile male cyclists to do so.

Walsh spoke about his journey towards self-discovery in an interview with Dig BMX, before penning a heartfelt letter on Instagram about his decision to come out publicly.

He wrote: “If you were to tell me a year ago that today was going to be the day where I said fuck it and let the world in on my personal life I would have told you that’s never going to happen.”

However, thanks to the continuous support from his family, friends and sponsors, Walsh said he can finally accept his sexuality and “be open about it” with others.

Although Walsh doesn’t share much about his personal experiences online, he wants to be an inspiration for his LGBTQ+ followers who are “struggling with the same situations” and to let them know they “are not alone”.

“I feel like the world is shifting into a more understanding place and now is the time to open up the conversation within our communities every chance we get,” he explained.

“I understand the privilege I’ve had with my situation and the reality is a lot of members of the LGTBQ community don’t always get positive experiences.”

He added: “And if anyone ever needs someone to talk to my DMs are open. Also, a huge thank you to anyone else who has previously opened up to tell their story. The only reason I have gotten to this point is because of you.”

Walsh concluded his statement with a short but powerful sentence that reflects how coming out has already positively impacted him.

“Holy shit that feels good, I’m stoked,” he said, followed by emojis of a love heart and Pride flag. Walsh also shared several photos to accompany his words, including one where a rainbow can be seen in the sky.

You can read his full statement on Instagram below, as well as his interview with Big DMX here.