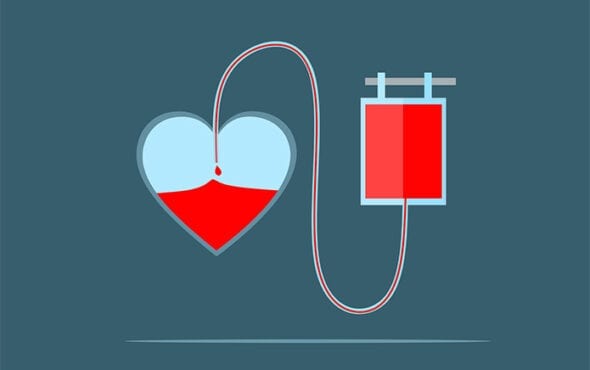 Blood donation rules have finally been relaxed for gay and bisexual men in the UK.

Under previous rules, gay and bisexual men were not permitted to donate unless they’ve abstained from sex for three months, being treated as too risky to donate.

This archaic rule will now change, with the government introducing an individualised risk-based policy, which has been called the “most forward-thinking policy for gay and bisexual men in the world”.

These changes will be implemented by Summer 2021.

Dr Michael Brady, Medical Director at Terrence Higgins Trust, welcomed the change. In a statement, he said: “Our first priority must always be to ensure the safety of the blood supply in the UK.

“We welcome this move to a more individualised risk assessment approach for any potential donor, which both maximises the number of people who can donate while ensuring the blood supply is safe.

“Eligibility to donate blood will now be based on the behaviours identified as being at highest risk of infection, rather than gender or sexuality. This means the removal of the three month deferral period for gay, bisexual and other men who have sex with men.

However, Brady said there is “certainly more work to do and we will continue to work to ensure that our blood donation service is inclusive and evidence based.”

He continued: “The scope of this review was to consider the three month deferral period for men who have sex with men, which has been addressed.

“We now need to look at the restrictions in place for other groups, including former injecting drug users, to see if we can safely make the blood donation eligibility even more inclusive.”

Ethan Spibey from FreedomToDonate – the pressure group that led a coalition campaigning for a fair and equal blood donation – called it a “pioneering new policy” that will provide more people with the “life-saving gift of blood”.

“At the start of 2020, the blood service announced it needed 68,000 new male donors to begin donating blood,” he said. “Today sees both that need and the potential of so many safe donors fulfilled.”

Health Secretary Matt Hancock also hailed the new rules as a “positive step” because it recognises individuals for the actions they take “rather than their sexual preference”.

He explained: “This landmark change to blood donation is safe and it will allow many more people, who have previously been excluded by donor selection criteria, to take the opportunity to help save lives.”