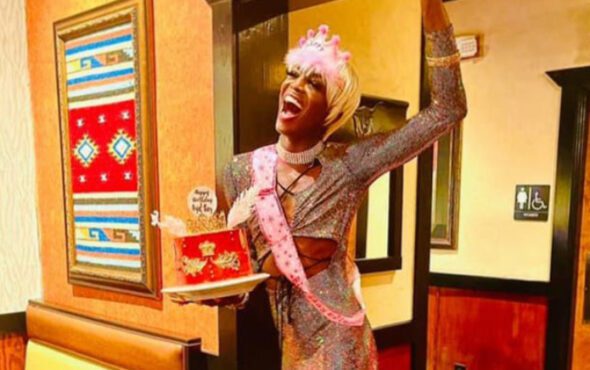 A Black transgender woman has tragically become the 40th trans or gender non-conforming person to be killed in America this year.

Royal Poetical Starz was shot and killed on 2 October on a residential street in Miami Gardens, Florida.

According to South Florida Gay News, a friend describes her as “the life of the party…everyone loved how Poetical was dressed. They would always comment, ‘Girl, I love that hair.’ Or ‘Girl, I love those nails.’”

News of her death arrived a while after it happened, which is reportedly the result of her being misgendered by media outlets reporting on the crime.

Miami Gardens Police Department said they will be releasing more details soon and, on 4 October, shared a photo of Poetical – misgendering her as a “Black male”.

At present, not much is known about the killing, except a police report sharing that it “occurred at the 4600 Block of NW 185th Street, in Miami Gardens” at about 11:26 a.m.

Sandy T. Fox, a friend of Poetical and family law attorney, is enraged by police misgendering her friend.

“Let me tell you the most disgusting part of all — I changed his name legally,” Fox says. “I changed HER name because she’s trans to Royal Poetical Starz, which is what Facebook and Instagram says. That’s also what she’s recognized as at the medical examiner’s office. But it appears they aren’t even recognizing her as trans.”

A GoFundMe has been set up to help pay for the funeral, which said she “enriched many lives and will be deeply missed.”

“She left a lasting impression on everyone that she met,” the obituary reads. “Her infectious smile and bigger than life personality brightened every room that she walked into. Her personality was so magnetizing that it was not uncommon for her to get flattering comments from random strangers.”

It continues: “She was an ambitious and talented singer that produced many beautiful recordings. She is described by many as a person that would go out of her way to help others when they needed it the most.

“She enriched many lives and will be deeply missed. Unfortunately, we will never get to hear her sing again or become the Star that she was destined to be.”

Poetical’s devastating passing puts 2021 on track to surpass 2020 as the most violent year on record for this type of crime.

The Human Rights Campaign (HRC) tracked violent fatal incidents against transgender and gender non-confirming people throughout 2020, with the year being the most violent since records began in 2013 due to a total of 44 fatalities.

The number is expected to be far higher as these stories often go misreported or unreported entirely.

“Royal Starz was shot in broad daylight in her own car,” a statement from Tori Cooper, HRC Director of Community Engagement for the Transgender Justice Initiative reads.

“She changed her name legally, but the police still misgendered her. Too often, transgender people are denied basic humanity even in death. Stories like these are an indictment of our society’s continued devaluation of Black trans lives.

“Royal deserved to live and pursue her dreams, but she became yet another victim of the horrific epidemic of violence against trans and non-binary people.”

Donations can be made to Poetical’s GoFundMe page here.

We're saddened to learn of the death of Royal Poetical Starz, a Black trans woman who was fatally shot in Miami Gardens, Fl. on Oct. 2, 2021. Starz’ death is at least the 40th violent death of a transgender or gender non-conforming person in 2021.https://t.co/waSdq362Un