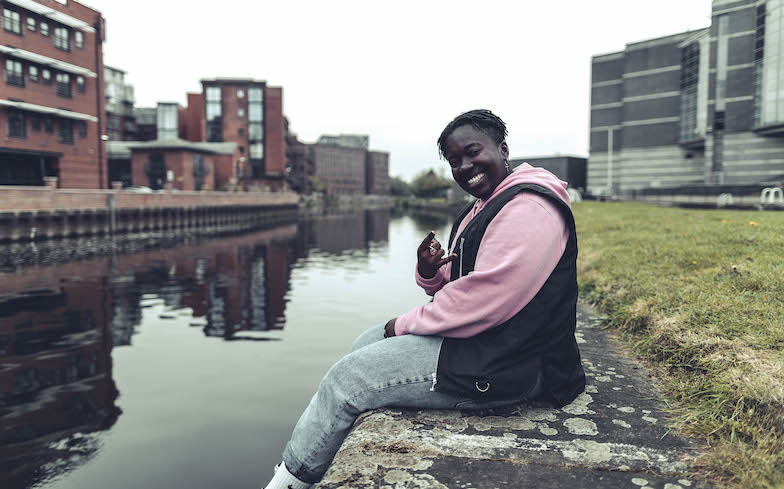 “We offer alternative education that does not see Black and LGBTQ+ students as an addition or after-thought, but as the centre of the educational experience.”

A coalition of queer and trans Black activists have launched a new organisation called The Free Black University to provide “treatment and education” for Black students.

Described as a “hub for radical and transformative knowledge production,” The Free Black University was founded after years of campaigning for Black rights by Melz Owusu, who will soon be a PhD researcher at The University of Cambridge.

“We realised that our current institutions do not have the full capacity, or imagination, to be able to serve our community in our wholeness. We started The Free Black University to do just that,” Melz tells GAY TIMES.

“We offer alternative education that does not see Black and LGBTQ+ students as an addition or after-thought, but as the centre of the educational experience. We also recognise that University can often be quite a traumatising experience for Black students, we commit to supporting these students with mental health support and holistic approaches to healing.

“The Free Black University is committed to incubating the radical knowledge needed to take our society in to a different age in which we no longer have to speak about equality and diversity because it is just embedded within society.”

Melz, who describes themselves as a “Black queer and transmasculine person,” says they weren’t meant to have access to a privileged education due to their “intersectioning identities” that came from growing up in an “incredibly deprived area”.

“This in and of itself is a travesty and deep injustice. The Free Black University has been set up to fight just this. You shouldn’t have to be exceptional in order to experience the joy and liberating feeling that education should be able to give us all,” they continue.

“I see transformational education as a key aspect of the change that we need to see in the world that means we no longer will have to say Black Lives Matter – because they simply do.”

A fundraiser for The Free Black University launched last week and has so far raised over £29,000 towards its £250,000 end goal. According to the GoFundMe page, £15 would buy one book, £100 would pay for a podcast episode and equipment, while £200 would pay for one free admission to their annual conference.

The Free Black University are hoping for other universities to distribute some of their wealth. £50,000, less than the cost for two students to complete a three-year degree, would build a physical space for the organisation.

“This is to encourage universities to take some real action when considering supporting Black students, outside of the current framework. If you have any relationships to universities we would encourage you to put some pressure on them,” says Melz.

“We have a 10-point plan that you can read on our GoFundMe campaign page that lays out exactly how this beautiful vision will support the transformation of our society as we know it. Time and time again we have tried the same modes of demanding justice and rights to end racism, however we have seen how this simply has not worked.

“So, what we are doing here is trying to offer something radically different, and something that can produce such long standing change both within our community and in the world.”

Melz says the response to the project has been overwhelmingly positive, and seeing it come to fruition after 10 years of campaigning (they are only 25 years old) has been “the most beautiful thing” for them to witness.

Visit here to donate to The Free Black University and read their 10-point plan, and keep up with them on Twitter and Instagram for regular updates.