Birmingham LGBT tackle ageism and isolation in the LGBTQ community 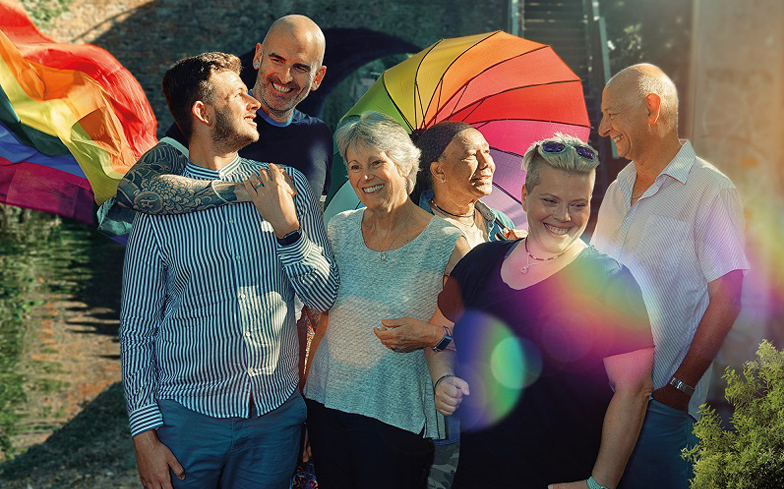 ‘Ageing with Pride’ is a year-long, National Lottery-funded campaign celebrating the older LGBTQ people who live in the UK’s second city.

It aims to increase the visibility of older LGBTQ people, dismantle barriers such as ageism – particularly from within the community itself, and confront the different ways homophobia, biphobia and transphobia can affect older people.

But, perhaps most crucially, Ageing with Pride places a much-needed focus on isolation and the loneliness older LGBTQ people can face as they age. To help facilitate this, the campaign has recruited Ageing with Pride ‘Ambassadors’, volunteers from across the community who will visit GP surgeries, care homes, libraries and other key spaces to talk to the wider community and businesses about the project. “I’m a little socially adrift, because I haven’t really been in the grand scheme of things. I had a partner, then it all finished off, I don’t enjoy clubs or bars, so I don’t really know where I fit in.” – Peter Bates – 52

Research by Stonewall highlighted that social isolation is a serious issue for older LGBTQ people, with older LGBQT people significantly more likely to be living alone, 41% compared to 28% of the wider over 50s population.

It is this reason why the campaign places much emphasis on things like signposting older LGBTQ people to community groups and activities that bring people together.

Birmingham can be a place where all LGBTQ people feel included, both in the community and in mainstream spaces, and where older LGBTQ people become less likely to live in isolation. By working with cross-city agencies, ‘Ageing with Pride’ brings the issues faced by those who have helped shape the freedoms LGBTQ people enjoy today, to the front of everybody’s awareness.

After all, it was they who fought for our equality!

To find out more, or to get involved please visit www.ageingwithpride.co.uk and follow us on Twitter at @AgeingwithPride.