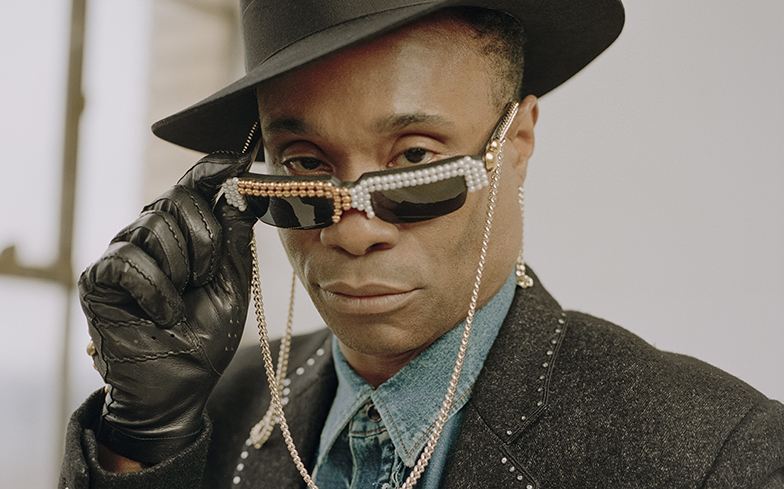 Billy Porter has opened up about his difficult journey to self-acceptance.

As he covers the new issue of Allure – becoming the first man to do so – the Emmy-winning star of Pose said that while he now embraces every part of himself, as a child he was sent to therapy because his family were “afraid” of him being a “sissy”.

“The heteronormative construct that masculinity is better silenced me for many years. It was like my masculinity was in question before I could even comprehend the thought,” he explained.

“I was sent to a psychologist at five years old because I was a sissy and my family was afraid. I love them. They didn’t know. It was a different time.”

Asked whether he still remembers those meetings with the psychologist, he recalled: “I was in kindergarten, being taken to this white man in this big building to just talk to him for an hour every Wednesday after school.

“That’s one of the first memories I have as a child, that something’s wrong with you and you need to be fixed based on ‘You’re not masculine enough.’ I carried that with me for my whole life until, like, two and a half minutes ago. You know?”

When he covered Gay Times Magazine last year, Billy spoke about the expectations of masculinity that are put upon men, and how the entertainment industry can ostracise people for challenging those boundaries.

“I’ve always had an outrageous sense of style and fashion. I’ve very often been laughed at for the kind of things I wanted to wear,” he explained.

“Men are under this microscope from the moment you hit [the red carpet] and everybody is looking to see if you slip up. One slip up and you’re a faggot, and you can’t be on that superhero show anymore. You can’t play that masculine part anymore.

“And so, I looked at the landscape and saw that these men are straitjackets. Literally ‘straight-jackets’. They can’t do anything without someone judging their fashion choice in relation to how they’ll get cast.

“When I came into this moment, I realised that it’s been very clear, to me, that nobody thinks I’m masculine anyway, and now I’ve got the job where that lens is no longer plausible and doesn’t matter.

“I’m Pray Tell on Pose; I’m queer, I’m out, I’m fabulous, I’m a leading man and I’m running shit. I don’t have to adhere to any of these rules and I can go onto these red carpets and play because it doesn’t matter.”