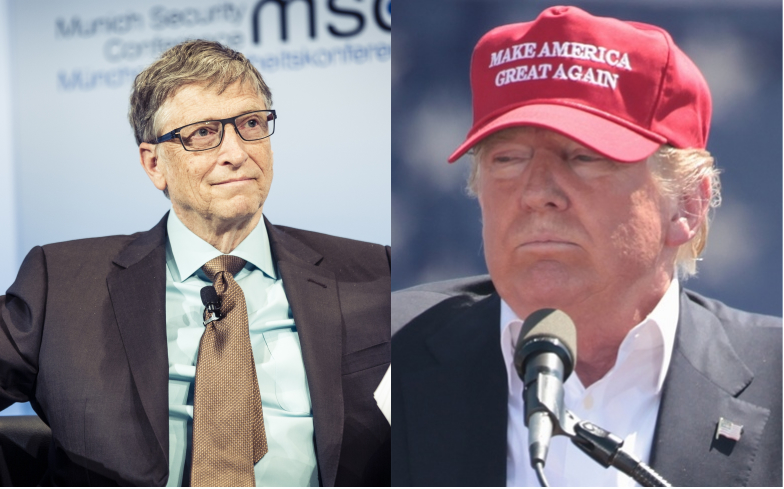 The tech giant was at a Bill & Melinda Gates Foundation meeting when he revealed the information.

Bill Gates has revealed that Doanld Trump has twice asked him what the difference between HIV and HPV is. The Microsoft founder said that he has twice met Trump, once when he was President-elect in 2016, and another time in 2017.

On both occasions, Trump asked what the difference between the two diseases were. At the meeting, Gates said: “I was able to explain that those are rarely confused with each other.”

Now, just to clear up any confusion, HIV attacks a person’s immune system, and can lead to AIDS, while HPV affects a person’s skin and other moist membrane.

And luckily for Trump, the National AIDS Trust have created an infographic explaining the differences.

Here's a little game so @realdonaldtrump doesn't have to ask @billgates the difference between HIV and HPV a third time…#Trump #BillGates #HIV #HPV pic.twitter.com/xZaCL5MwCg

Elsewhere at the event, Gates revealed that he managed to talk Trump out of holding a commission into the effects of vaccines. He told Trump “that’s a dead end, that would be a bad thing, don’t do that.”

He also said that Trump often refers to himself in the third-person, and that he knew a “scary” amount about Gates’s daughter’s appearance.

“When I first talked to him it was actually kind of scary how much he knew about my daughter’s appearance,” Gates said in footage broadcast by MSNBC. “Melinda [Gates’s wife] didn’t like that too well.”

Last year, six people pulled out of Donald Trump’s advisory council on HIV / AIDS, citing the fact that he “simply does not care” as their reason. Trump later dismissed the remaining members.

In his resignation statement, Scott Schoettes told Newsweek magazine: “The Trump Administration has no strategy to address the on-going HIV/AIDS epidemic, seeks zero input from experts to formulate HIV policy, and—most concerning—pushes legislation that will harm people living with HIV and halt or reverse important gains made in the fight against this disease.”

And when Trump announced his new budget earlier this year, he slashed $1 billion worth of funding from global efforts to fight HIV / AIDS.

Asia Russell, the Executive Director of the Health Global Access Project, said that “if this budget passes as proposed, Donald Trump’s legacy will be millions of new and unnecessary infections and deaths – and a massive resurgence in the AIDS pandemic.”