Bible may have originally permitted gay sex, according to leading scholar 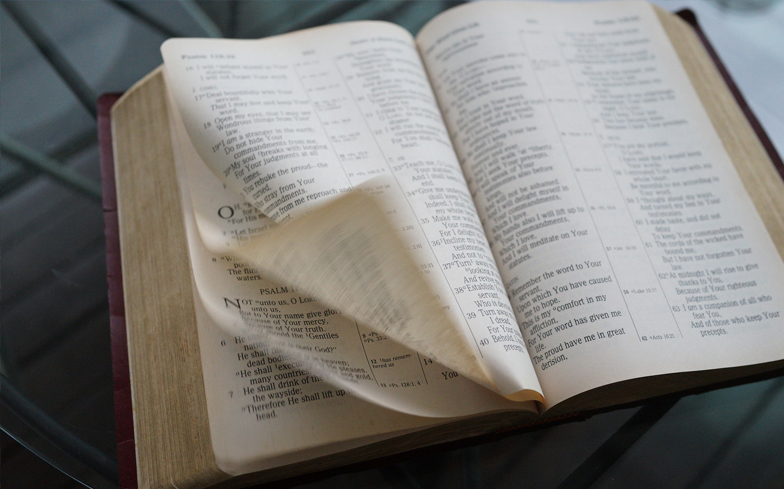 The biblical book of Leviticus has caused LGBTQ people across the world pain for way too long.

It’s the passage in the Bible most widely used to discriminate against same-sex relations, and one used to actively persecute LGBTQ people for thousands of years.

However, leading Bible scholar Idan Dershowitz has proposed that the line that permits man from lying with another man was added in over a century after the text was originally written, suggesting that same-sex sexual activity was permitted during an earlier version of the book.

As he says in his piece for the New York Times, “outright prohibitions against homosexual sex — whether between men or women — were practically unheard-of in the ancient world.”

As it currently stands – and has done for centuries now – Leviticus 18:22 states: “You shall not lie with a man as with a woman; it is an abomination.”

But Dershowitz is convinced that same-sex relations being branded “an abomination” was definitely added into the book at a much later date.

“Like many ancient texts, Leviticus was created gradually over a long period and includes the words of more than one writer,” he wrote.

“Many scholars believe that the section in which Leviticus 18 appears was added by a comparatively late editor, perhaps one who worked more than a century after the oldest material in the book was composed.”

Dershowitz supposes that an older version of Leviticus didn’t even address homosexuality at all, but rather only focussed on beastiality, incest and prohibiting men from having sex with a woman who is on her period.

His evidence for this suggestion? The line in question looks out of place in the context of the book as a whole. Most of Leviticus’s incest laws are straightforward, but two do not follow a similar rule.

These two have glosses that change the rule found in the first part of the sentence – both of which deal with incestuous acts with a male relative.

“This editor’s decision to neutralize old laws by writing new glosses, instead of deleting the laws altogether, is serendipitous: He left behind just enough clues for his handiwork to be perceptible,” says Dershowitz.

“The key to understanding this editorial decision is the concept of ‘the exception proves the rule,'” he wrote.

“According to this principle, the presence of an exception indicates the existence of a broader rule.

“For example, a sign declaring an office to be closed on Sundays suggests that the office is open on all other days of the week.”

He continues: “Now, apply this principle to Leviticus 18: A law declaring that homosexual incest is prohibited could reasonably be taken to indicate that non-incestuous homosexual intercourse is permitted.”

Dershowitz later adds: “It seems that with the later introduction in Leviticus of a law banning all male homosexual intercourse, it became expedient to bring the earlier material up-to-date by doing away with two now-superfluous injunctions against homosexual incest — injunctions that made sense when sex between men was otherwise allowed.”

The scholar concludes with a powerful thought: “One can only imagine how different the history of civilization might have been had the earlier version of Leviticus 18’s laws entered the biblical canon.”

Related: Former Mayor of Hell releases a gay version of The Bible where Rihanna is God