Bi Visibility Day: It can sometimes be hardest to confront the prejudices we hold ourselves 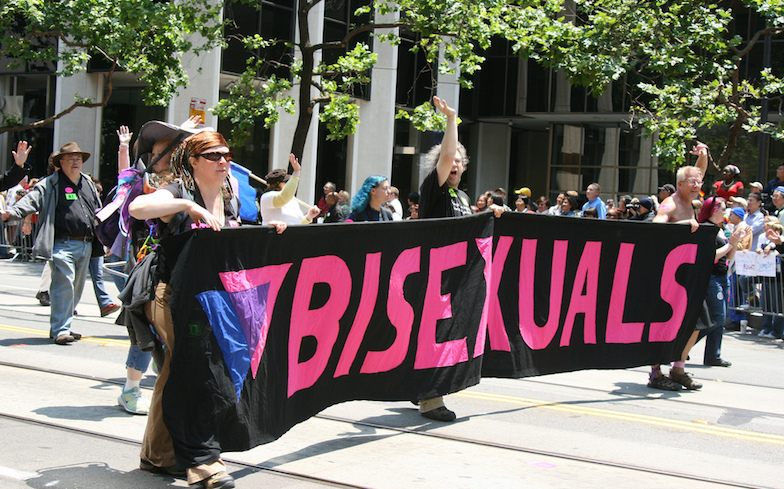 September 23 marks Bi Visibility Day. When it comes to inclusion, bi identities have long been on the LGBTQ radar, but there remains a lack of awareness about the challenges bi people face. They encounter stigma both within, as well as outside, the LGBTQ community.

I had come out as gay to most of the people in my life by the age of 18 in 2003. I had female friends who were bi at university. My male friends were all either straight or gay though. In my early twenties, when I used to go out on London’s club scene, none of the men I met ever told me that they were bi. Were they frequenting different venues, perhaps they did not feel comfortable telling me, or maybe I made assumptions about them?

I now have a number of male friends who are bi, but I did not meet them until my mid-twenties. I formed these friendships through engagement with charities following my HIV diagnosis or at the gym.

In schools the situation around bi identities and biphobia is nuanced. Whilst 40 per cent of LGBTQ pupils are never taught anything about LGBTQ issues in school, this figure rises to 76 per cent for bi issues in particular. There is a lack of bi role models in schools. Just four per cent of LGBTQ students know an openly bi member of staff. Bi representation in schools is very low compared to that of gay and lesbian staff, which stands at 27 and 22 per cent, respectively.

There are also issues surrounding representation and acknowledgement of bi people in the workplace. Forty-nine per cent of bi men and 34 per cent of bi women are not out to anyone at work. When I commenced my career in London’s financial district, admittedly nearly a decade ago, all the members of my law firm’s LGBTQ organisation were either gay or lesbian. None of them identified as bi and, whilst I did meet a lot of gay lawyers, I do not think I ever met any who said they were bi.

In a world where we are all afraid of being stereotyped, it can sometimes be hardest to confront the prejudices we hold ourselves. That’s why, more than ever, we need step us as visible allies to the bi community: learning about the unique challenges bi people face, calling out biphobia and harmful stereotypes, if it is safe to do so; and ensuring we increase the representation of bi people whenever we can.