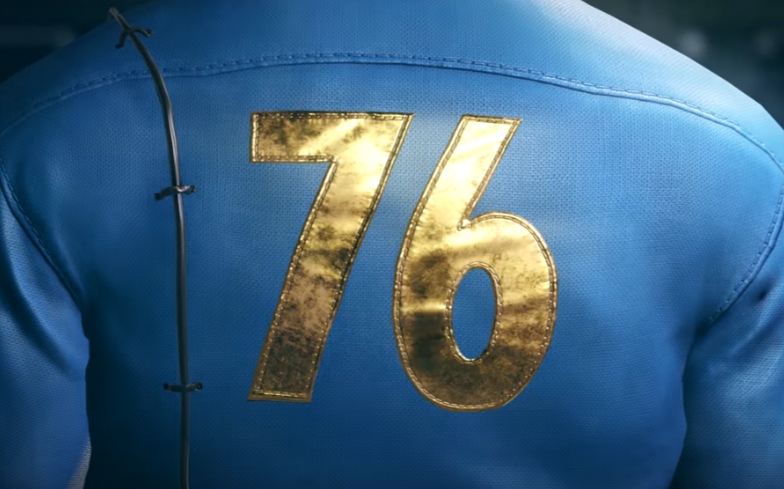 Clips of the homophobic abuse were seen over 20,000 times.

Fallout 76 has received a negative reception from critics and fans for a lack of story and NPCs. However, one thing that the wasteland will thankfully be devoid of is homophobes.

Bethesda has permanently banned a group of players who were targeting other gamers with homophobic abuse. One player, called AJ, tagged Bethesda in a post highlighting the abuse.

“So Bethesda, how do we report people in Fallout? ChipWhitehouse, Handsandhead and I literally had our characters hunted down and killed by homophobic players,” he tweeted.

So @bethesda, how do we report people in @Fallout? @ChipWhitehouse @Handsandhead and I literally had our characters hunted down and killed by homophobic players. I'll post more of the video in a thread. Strong language warning. pic.twitter.com/gN1rsRFz1h

He followed the tweet up, posting: “Called themselves the “gay eliminators” “cleansing the wasteland of the queers” “know what we did to your people back then, we killed them” THIS is the stuff said to us tonight when playing Fallout.”

One of the players identified, NathanTheHicc, was heard shouting: “Attention all queer—We have come to eliminate the gays.”

AJ spoke to Eurogamer about the incident, and said that he had interacted with Nathan before the abuse: “The three of us were having a good time and talking to him and then one of us commented on his character or his characters outfit being cute. He replied, ‘I don’t fuck with that homo shit’ and left.”

AJ said that the incident had shocked and disgusted him. Speaking about how this incident was different from other instances of homophobic abuse he’d faced in the past, he said: “The three of us stream and put ourselves out there on the internet and are not strangers to homophobic comments but this was so extreme.

“We talked about what happened, made sure we were all okay, and kept playing. The rest of the night I just felt drained. It was a weird feeling.”

He added: “I got really angry too. These guys were running around targeting people and what if they targeted a kid playing that was struggling with their identity? What if they said all those things to someone that was playing solo and didn’t have anyone to talk to?

“That can really mess someone up. Playing a game to escape reality and then that happens. That’s why we need to be able to report these people and why companies need to do something about reports.”

AJ also shared a link to The Trevor Project, which focuses on suicide prevention for young LGBTQ people, on his Twitter page following the incident.

ALSO! If you are bullied or harassed and need someone to talk to: https://t.co/lnW16bSiU6

Eurogamer also spoke to Nathan, who was unrepentant when giving his side of events. “My version of the incident is more or less the same as the public has taken it, the only differences being the fact that I don’t hate gay people,” he said.

“It was just a late night of having fun and after the first encounter (seen on my channel) we felt it would be fun to offend them somehow. You can call that evil but I think it’s just playful immaturity.

“I do not regret the incident. I will not apologise given the opportunity. I don’t plan on doing anything like this in the future but to be fair I didn’t plan the initial incident, I just found them and decided to go through with it.”

Bethesda initially gave Nathan and other members of the group a three day ban from the game, before changing it to a permanent ban. “After additional review, we have now permanently banned the players we’ve identified,” a spokesperson said.