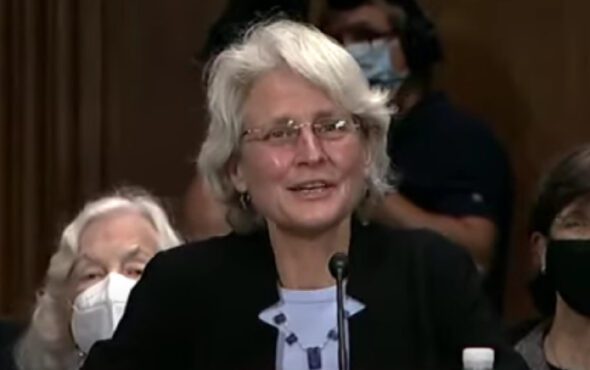 President Joe Biden is nominating the first openly LGBTQ+ woman to serve on any federal circuit court in America.

Beth Robinson, an associate justice on the Vermont Supreme Court since 2011, played a fundamental role in paving the way for same-sex marriage to become legal in the United States.

The Biden administration will now nominate her to serve on the US Court of Appeals for the 2nd Circuit – a territory covering the states of Connecticut, New York and Vermont.

“Justice Robinson has been a hero of mine for many years,” State Senate President Pro Tempore Becca Balint said of the nomination. “Her argument in front of the Vermont Supreme Court in the civil union case was absolutely masterful.”

“She is a brilliant legal mind and has served us well on the Supreme Court. I am thrilled at her nomination to the U.S. Court of Appeals.”

Prior to being appointed to her current role in the late 1990s, Robinson assisted in the case that resulted in Vermont’s civil unions law (the first legal recognition of same-sex relationships in the entire country).

With a focus on employment law, worker’s compensation, contract disputes and family law, she worked as a civil litigator from 1993 to 2010.

As well as this, Robinson served as counsel to Vermont Governor Peter Shumlin from 2010 to 2011.

Her experience is preceded by working as a law clerk for Judge David Sentelle on the US Court of Appeals for the District of Columbia from 1989 to 1990.

In addition to Robinson’s nomination, Biden will be nominating Charlotte Sweeney for the US District Court in Colorado.

This will make her the first openly LGBTQ+ woman to serve as a federal district court judge in any state west of the Mississippi.