Bermuda just made history with its first ever Pride parade 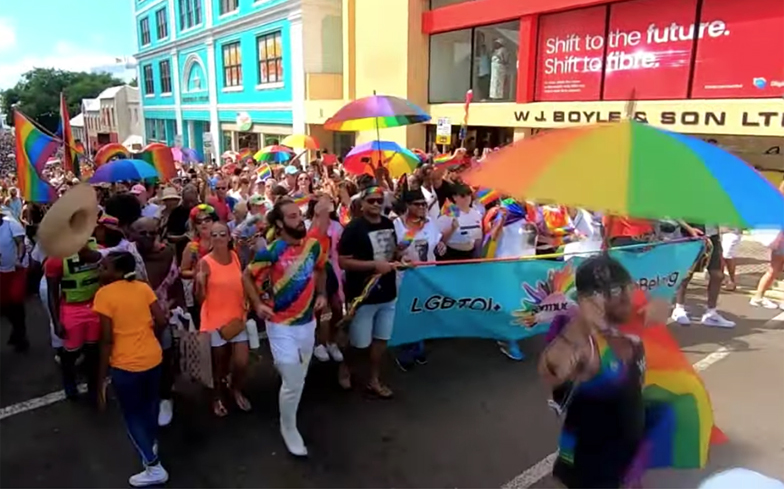 Bermuda held its first Pride parade over the weekend!

On Saturday (31 August), as a controversial ‘Straight Pride’ parade was taking place in the United States, the island of Bermuda showed the world how real Pride is done as residents donned colourful outfits and rainbow flags to celebrate diversity.

It’s estimated that 6,000 people – that’s around 10% of the population – took to the streets of capital city Hamilton, following a route that took them from Victoria Park through Court Street, Front Street, Queen Street and Church Street.

They marched to the sound of Pride anthems and chants of “love is love”.

After the parade concluded, celebrations continued in Victoria Park until late, where Pride-goers were treated to live entertainment including speeches, DJs, musicians and performers.

Elizabeth Christopher, a lawyer and one of the organisers of the Pride parade, told Royal Gazette it will now become a regular event every year – although the date may change in the future.

“This is way bigger than we expected. We are so excited. It was building, things have changed, but it was never quite this,” she said. “People are as far as the eye can see down Front Street.”

A spokesperson for OutBermuda, the main sponsor of the march, said they were “proud” to support Bermuda Pride 2019 and that events like this would help show that LGBTQ people are part of island society.

“There is an inherent value in a public celebration of our LGBTQ community in Bermuda as a reminder that we exist and that we are members of the Bermuda community,” they told Royal Gazette.

“It is also a beacon of hope to LGBTQ youth and others who feel that they are alone.”

Watch a video of the day from Bernews below.

LGBTQ rights have come a long way in Bermuda in the last decade. Discrimination on the basis of sexual orientation was banned in 2013, and same-sex couples were granted the right to a adopt in 2015.

Despite this, there are still challenges faced by the community. The age of consent is higher for gay men, and there is no legal recognition of trans people.

Same-sex marriage was first legalised in May 2017, but was re-banned just six months later. That decision was later overturned by the Supreme Court and Court Of Appeal, and as it stands same-sex marriage is legal in Bermuda.

An appeal to the Judicial Committee of the Privy Council is currently under way.