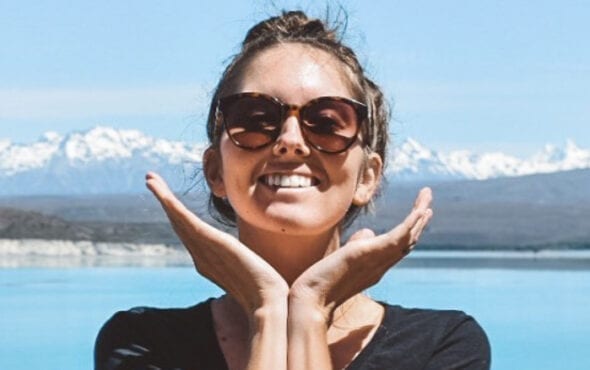 Below Deck star Izzy Wouters has publicly declared she is “out and proud” after receiving criticism on Instagram.

Last week (Tuesday 15), Below Deck star Izzy Wouters came out in a humorous Instagram post and soon after quickly faced backlash after the big reveal.

The New Zealand reality star’s post included a couple of playful images of herself from the Bravo show, while sat on a boat.

In her light-hearted Instagram post, the caption read: “The face of the straight men who slide into my dm’s when I say – Hello My name is Izzy and I am out and proud”.

The tongue-in-cheek caption also included a number of Pride related emoji and hashtags which read #LankyLezzy and #OutAndProud.

After coming out publicly on social media, the Below Deck star responded to online comments which criticised her choice to disclose her sexuality online.

In a seperate post, Wouters expressed her solidarity with the LGBTQ+ community and its lack of visibility.

“Throughout history the [LGBTQ+] community has been a marginalised community,” she said in a post, which was aimed at, “the small percentage of people who don’t understand why it’s important to have visible [LGBT] representation.”

She added: “A lot of our gay friends and family are not comfortable coming out and that shouldn’t be a problem that we face in society today. Coming out helps others in knowing they are not alone and that it is okay to live your life true to yourself.

“And if me sharing my sexuality helps just one person to feel comfortable in themselves and live their best goddamn life then that’s all that matters.”

Wouters is a New Zealand-born actress, but was raised and currently lives in Australia. In the Below Deck series, she serves as a stewardess and deckhand.

You can watch the trailer for season 8 of Below Deck here.