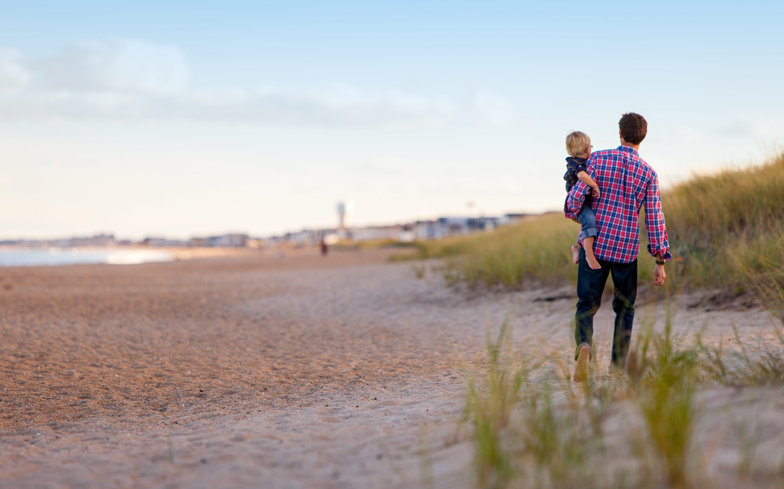 I was struck by a very thought provoking presentation at the British HIV Association Autumn Conference, earlier this month.

The presentation looked at parenthood and sexual and reproductive health for gay and bisexual men living with HIV. I was intrigued by the title of the presentation as soon as I read it in the programme. Was that butterflies in my stomach? Could I be a parent? Did I want to be one and what exactly would this entail?

I am a 33-year-old gay man living with HIV and I have to admit that, for a long time, I could never have imagined becoming a parent. I did not give this any serious thought during my twenties. I was diagnosed with HIV when I was 24-years-old, in 2010 and asking my specialist or the nurses at the HIV clinic whether I could be a father was the last thing on my mind. I spent the first few years after my diagnosis working to hold my career as a lawyer together and wondering if anyone would ever want to have a relationship with me again, let alone raise a child with me.

An HIV positive person on effective treatment, with an undetectable viral load, cannot pass the virus on. Antiretroviral treatment works by reducing the amount of the virus in the blood to undetectable levels. Undetectable = Untransmittable (U=U) has had a transformative impact when it comes to intimate sexual relationships.

This message has been hugely empowering for HIV positive people, both LGBTQ and straight, breaking down barriers around the pervasive stigma of HIV. If a man cannot pass HIV onto another man during sex because his viral load is undetectable, then it follows that his sperm would not pass HIV to a surrogate or child should he wish to conceive in this way. Even as a well informed HIV activist, this is an aspect of the U=U debate which I had not come across before in the context of same-sex couples.

Robert Pralat, a sociologist studying HIV and LGBTQ parenthood, instigated the Men’s Attitudes To Intimate Life (MAIL) study. This involved 25 gay and bisexual men living with HIV, aged between 20 and 45, who were patients at four London HIV clinics, as well as 16 HIV clinicians.

Related: If we are truly to defeat the killer that is HIV/AIDS, we must work together

The study examined patients’ parenting desires and intentions, their awareness of different “pathways to parenthood” and their concerns about the prospect of having, or not having, children. Approximately half of the patients in the study did express some parenting desire, although both patients and clinicians admitted that parenthood was rarely brought up as an issue during consultations.

There was a lot of confusion amongst patients surrounding the risks and mechanics of HIV transmission in the context of parenthood. Knowledge about sexual relationships did not necessarily equate to an understanding of reproductive relationships. There was uncertainty as to whether a surrogate would become HIV positive and what the HIV status of the child would be.

Interviewees often referred to sperm washing, a medical procedure which separates individual sperm from the semen, removing the HIV virus from the sperm by extracting disease carrying material. Patients often thought that sperm washing was the “go-to method” for HIV positive men. In contrast, most healthcare practitioners considered sperm washing as a “redundant procedure”, as heterosexual couples where the man is HIV positive usually now conceive traditionally, an undetectable viral load having made sperm washing unnecessary.

So how do HIV positive people go about the surrogacy procedure? There are actually significant legal barriers to surrogacy for HIV positive people in the UK. As Natalie Gamble, one of the UK’s leading surrogacy lawyers explained to me, the specific issue in relation to HIV positive parents is that the Human Fertility and Embryology Authority (HFEA) regulations only allow eggs or sperm to be transferred to a surrogate at a UK fertility clinic if they meet the screening standards for donors.

At the moment, that automatically excludes anyone who is HIV positive, even if the viral load is undetectable. In practice, most HIV positive parents conceiving by surrogacy go to US fertility clinics, or they use the sperm from the HIV negative partner if they are not both positive. The HFEA rules require updating, as they have failed to keep up with medical innovations/understanding around HIV.

HIV and parenthood for gay and bisexual men is an area which deserves more attention. HIV is not itself a barrier to becoming a parent, although there remain complex legal hurdles around surrogacy in the UK. I have not touched on adoption or fostering in this column, both of which are options to couples where one or more partner is HIV positive. Watching your child grow up is one of the most satisfying (and natural) of human instincts. This should not be denied to HIV positive gay and bisexual men.