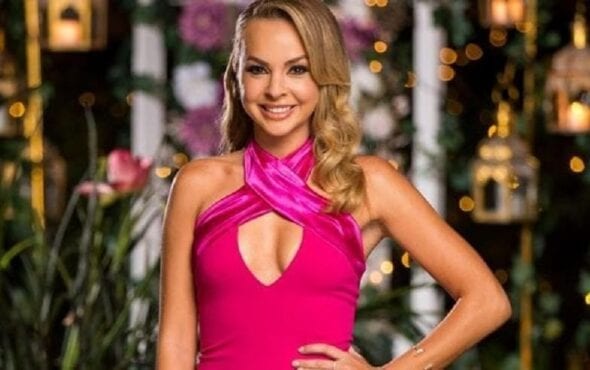 Angie Kent came out as pansexual during a radio interview.

Australian reality TV star Angie Kent, who rose to fame on shows like Gogglebox Australia and Bachelorette Australia has come out as pansexual during a radio interview.

Angie was on the Kyle and Jackie O Show to discuss her split with Carlin Sterritt, who she chose as the winner of season 5 of The Bachelorette back in July. During the interview, she said that their “values didn’t align” describing herself as “spiritual, carefree and wild” while he was a “Christian boy.”

In the interview, host Kyle Sandilands, who has controversial views on singer Sam Smith, asked Angie: “You dated 20 blokes, broke up with four blokes, kept one, that didn’t work… have you ever been with a woman?”

Angie responded by saying: “I’ve always said since I was younger, I fall in love with a soul rather than a gender.” When Sandilands questioned whether she’d kissed a girl, Angie said she had as there was “nothing else to do” on the Sunshine Coast.

Sandilands then demanded to know about Angie’s sexual experiences with women, and said that having one could turn her off, but Angie calmly responded by saying: “You don’t know – I think it would come down to the chemistry.”

Asking more respectfully about her sexuality, Sandilands’s co-host, Jackie O, asked if she identified as pansexual, to which Angie said: “There you go, I’ve got a label. I think it comes down to chemistry.”

Angie isn’t the first celebrity to come out as pansexual this year, as other stars like Tana Mongeua and Cara Delevingne have also come out.

In an Instagram post, Tana said that she never thought she’d be “brave enough to publicly share my sexuality in the way i do now,” admitting that she still struggles with her identity. She later added in a Twitter post that she was “pansexual as hell.”

Cara added: “I always will remain, I think, pansexual. However one defines themselves, whether it’s ‘they’ or ‘he’ or ‘she,’ I fall in love with the person and that’s that. I’m attracted to the person.”