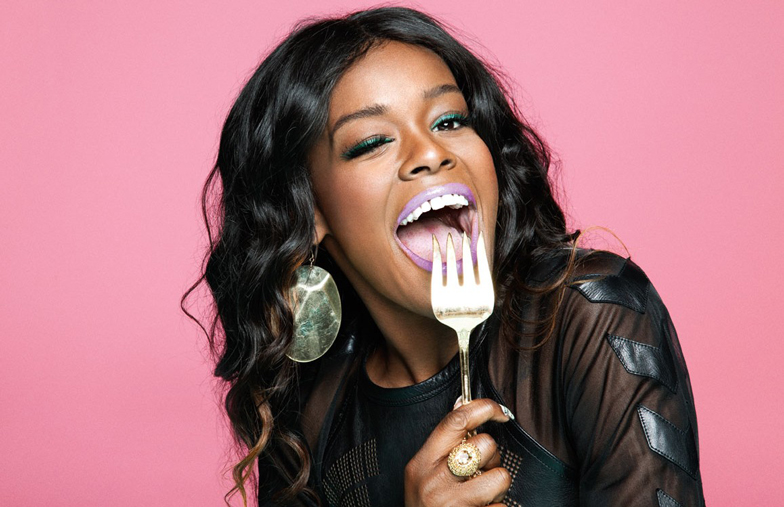 Azealia Banks appears to have ditched her gay fans.

Just a week after apologising for insensitive comments about gay men who take PrEP, the Fantasea rapper has taken to Instagram Stories to announce that she will no longer be acknowledging her gay fanbase.

“I love the gays and love how much y’all love me but I really have to eject,” she wrote.

“I think you guys are into a lot of shit/people I just don’t find value in. I find myself acknowledging/looking at shit I’m leaves above and it really is such a set back lol.

“I really, truly, honestly could not give a fuck about any of the people y’all suggest for me to collab with/acknowledge and I only do it in efforts to humour y’all.”

She continued: “When so many of you are on here begging me to collaborate and acknowledge random people/artists it’s too distracting and I cannot keep going thru my art journey with y’all in my face 24/7.

“I really can’t allow y’all to keep throwing me in the bucket with Iggys/Tinashes/random drag queens just because I’m a female and you guys play Barbie dream house with the names and create the culture of shared data.

“And it’s true – even though I’m DEFINITELY better than all these little trash bitches y’all stans try collaging in with me… paying attention to any of it even for a second is another second spent away from what I NEED TO BE DOING.

“So, gays… I bid you adieu… These last 8 years were fun… But I have to pull a Shia Labeouf and delete this thing.”

Considering a large part of Azealia’s fanbase is gay, her comments haven’t gone down too well.

“Azealia Banks is denouncing gay fans because they are ‘holding her back’, but the gays were literally her last fan base. What’s holding her back is her mouth and the fact she won’t shut the hell up. Her antics have overshadowed her talent,” wrote one Twitter user.

Another added: “Azealia Banks cut off gays, literally the last leg she had to stand on for relevancy.”

The rapper faced backlash earlier this year when she took to Instagram Stories to criticise gay men who use HIV-preventative drugs, and branded queer singer Frank Ocean “evil” for promoting it with his New York club night named PrEP+.

“Clearly I have a lot of gay male friends. Do not take that PrEP shit, okay?” Azealia said at the time.

“There’s no reason for you to need to have a fucking pill so you can just fuck whoever you want to fuck and just be all fucking nasty out there on the streets acting a fucking fool.

“And for that dumbass n**** Frank Ocean to sit up there and promote that to y’all gays like that’s something that y’all need? It’s evil, and he’s probably getting paid by some white gay corporation to do this shit. Y’all stay off that fucking PrEP.”

Azealia faced backlash for her comments from many within the LGBTQ community, including from Years And Years frontman Olly Alexander who encouraged followers to instead get factual information from Prepster.

She later took to Instagram to issue a (very rare) apology for her controversial words, admitting that what she said was “extremely insensitive” and not her place to comment on.