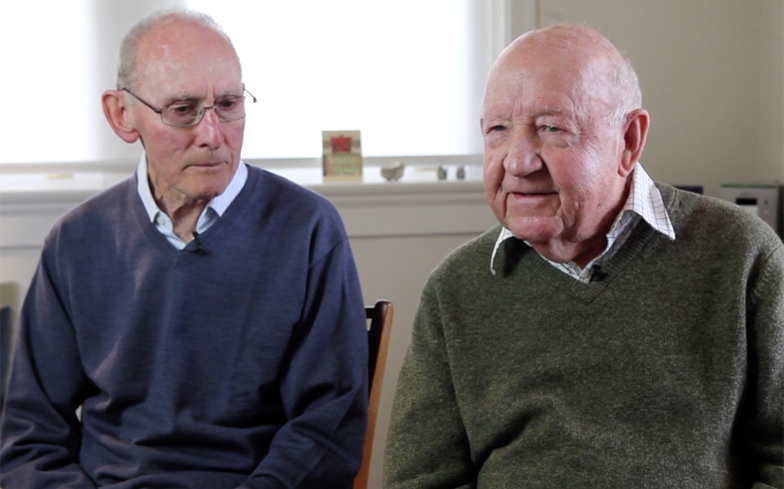 They’re believed to be the oldest living same-sex couple in Australia, and now that the country have voted overwhelmingly in favour of marriage equality, they’re planning to finally tie the knot in January.

“We are [going to get married], but without any fuss, just very quietly. We’ll probably go down to the registry office with a couple of friends next year,” John said during an interview with ABC radio.

“Or, I’ve got a friend who’s registered to celebrate marriages, he might come here for a cup of coffee one morning and we’ll get some witnesses – very simple, that’s it.

“I’ve got a 90th birthday coming up next year, we might combine it with that.

“As I’ve said before, one of the important things for us is to have this marriage certificate, because it gives us a new dignity, a new status, and a new place in society. We are the same as everybody else.”

“It was relief that it’s all over. I’ve been very nervous all along,” John continued. “I really thought that the ‘No’ vote might get up,” he said. “It’s not only endorsing gay marriage, it’s endorsing gay and lesbian people.”

The non-binding postal survey, which ended earlier this month, saw 61.6% of Australians vote in favour of same-sex marriage, although that still means almost 40% voted against, which is quite concerning.

However, John and Arthur remain positive.

“That’s really quite a significant number,” they said. “But we’ll just have to live with that and hope that they get used to it. They’ll gradually find out that it’s not the end of civilisation, it’s not going to change society in these terrible ways.”

Watch an interview with John and Arthur from five years ago, where they talk about same-sex marriage, below.