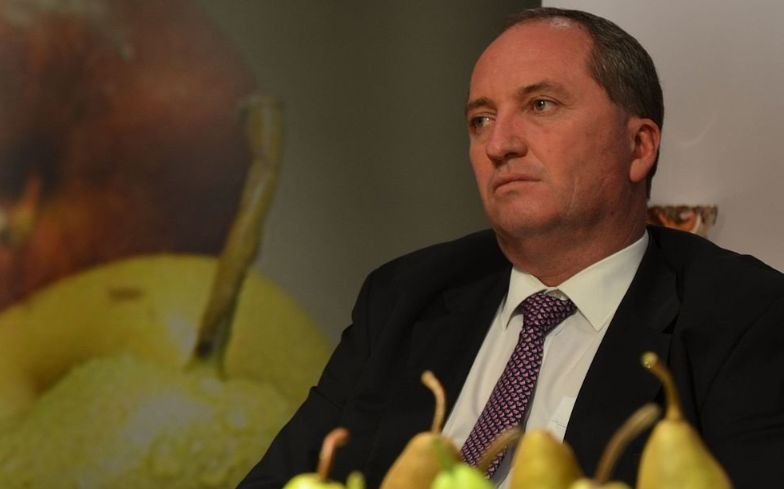 Barnaby Joyce made the comments as the Australian parliament debates exempting faith schools from being able to discriminate against LGBTQ students.

Australia’s former deputy prime minister, Barnaby Joyce, who already has a poor record on LGBTQ rights has just made his record worse, after saying that schools should be able to expel transgender students.

“That might be that person’s right and wish, but everybody else says, ‘Well, that’s an affront on our rights’ and we want that issue dealt with.”

Joyce continued, saying: “We want it dealt with clearly so that we know that our rights are protected and other people’s rights are respected.

“You cannot send a student whose genetic make up is XY … to a school established for people who are XX. It is not fair on the larger school unit that they have to change and accept all because of the desires of one.”

Although Joyce’s comments weren’t condemned by his party, nor the party it’s in coalition with, Michael McCormack, the leader of Joyce’s party and current deputy prime minister said: “I don’t want to see any child discriminated against and, quite frankly, I think what [Prime Minister] Scott Morrison has put forward means that no child will be discriminated against.”

Joyce’s comments where however condemned by Rainbow Families Victoria. Speaking to The New Daily, Felicity Marlowe, the group’s director, said: “There’s a real lack of empathy and understanding abut the day-to-day impact of discrimination against transgender kids.

“We can’t continue to have people peddle so much misinformation. I would urge Barnaby Joyce to meet with some parents of children in faith based schools.”

Jo Hirst, the author of the Gender Fairy, a book about trans-inclusiveness, called on Joyce to resign following his remarks. “Barnaby Joyce has shown zero understanding or compassion for transgender students,” she said.

“When a parent and a school support a trans child, it is on the advice of that child’s doctors and psychologists. We are doing what is in the best interest of that child’s academic and mental health outcomes.  Many faith-based and independent schools understand this and are doing a great job of supporting transgender students.

“When we have a federal minister blatantly flouting the recommendations of our health professionals, and publicly shaming and disparaging our vulnerable kids, I think it’s time for our Prime Minister to step in and say enough is enough.

“These children deserve better than this. He should be asked for his resignation.”