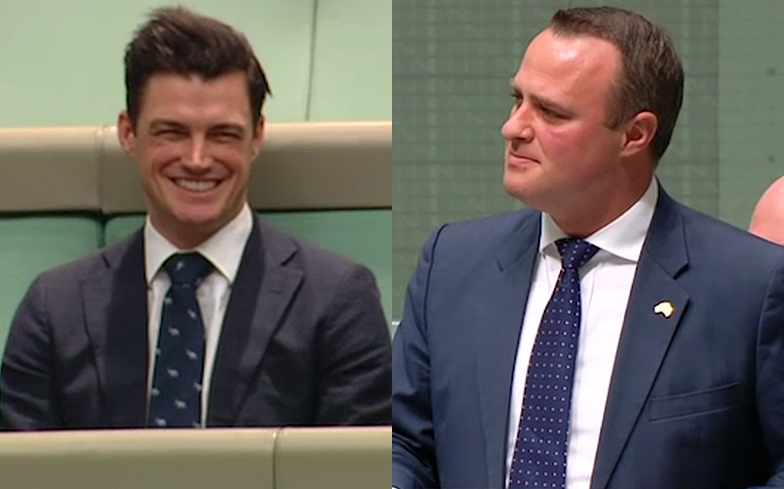 An Australian MP has made history by proposing to his boyfriend in parliament.

Tim Wilson, a member of the centre-right Liberal government, made the sweet and simple proposal as the Australian upper house debates marriage equality following a divisive postal survey on the issue.

61.6% of Australians voted in favour of legalising same-sex marriage during the non-binding survey from September through November, and parliament is expected to introduce the law by Christmas.

“The person I have to thank most is my partner Ryan,” said Tim, addressing his partner of seven years who was sitting in the public gallery. “You’ve had to tolerate more than most because you had to put up with me.

“Trust me, this debate has been the soundtrack to our relationship.

“We both know this issue isn’t the reason we got involved in politics – give us tax reform any day – but in my first speech I defined our bond by the ring that sits on both of our left hands, that they are the answer to the questions we cannot ask.

“So there’s only one thing left to do: Ryan Patrick Bolger, will you marry me?”

And, of course, he said yes!

The official Twitter account for the Australian House Of Representatives later confirmed that Tim was the first ever Member of Parliament to propose on the floor of the House.

Update: We've dug through Hansard and @timwilsoncomau appears to be the first ever Member to propose on the floor of the House. pic.twitter.com/NLGLxpYIrm

Watch the adorable moment below.