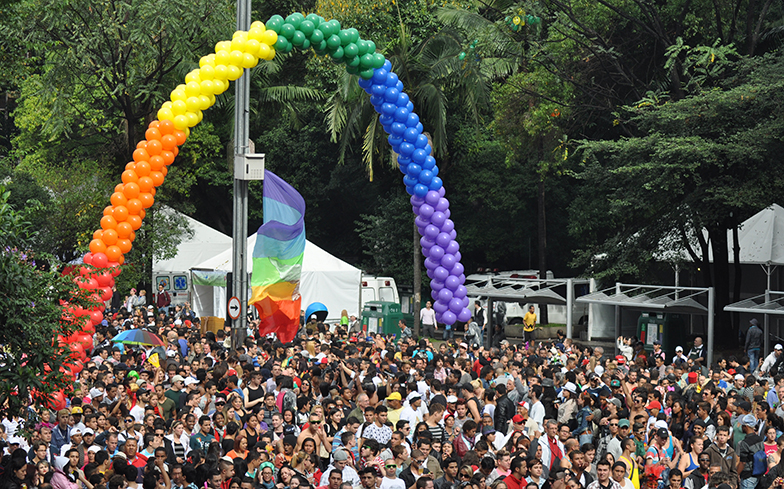 Same-sex couples fear that their rights may be removed by Brazil’s new far-right president-elect, Jair Bolsonaro.

Around 40 same-sex couples have married in Brazil in fear that their marriage rights may be removed by Brazil’s new president-elect, Jair Bolsonaro. Same-sex marriages have been legal in Brazil since 2013, but given Bolsonaro’s stance on the LGBTQ community he could roll back rights when he takes office in January.

The former army captain – who has been nicknamed the “Trump of the Tropics” – is a pro-gun, pro-torture, misogynistic anti-gay politician who claims he is in “favour of dictatorship”. His election has caused widespread panic in the country for his staunch, backward views.

Bolsonaro is very anti-LGBTQ telling Playboy in a 2011 interview that he “would be incapable of loving a homosexual son,” and that he’d rather his son die in an accident then be gay.

He attracted further controversy in 2014 after telling congresswoman Maria do Rosario: “I wouldn’t rape you because you don’t deserve it.” In a later interview, he said she was “not worth raping; she is very ugly.” The ceremony was held at Casa 1, a non-governmental organisation that provides support to LGBTQ youth. The organisation raised $12,000 in order to cover the costs of the ceremony.

Speaking to AP, Lais Risatto, a member of Casa 1 said: “It’s our way of raising the flag for our rights in this new setting.”

And one of the couples who got married, Luana Hansen and Glaucia Figueiredo said: “We’re combining our desire to love with our desire for revolution. We don’t know what Bolsonaro may do.”

There is some hope for same-sex couples in Brazil, however, as the country’s incoming Human Rights Minister, Damares Alves said in an interview earlier this month that same-sex marriage was an “achieved right that is no longer up for debate.”

However, earlier this year anti-LGBTQ violence reached record-highs in the South American country. Grupo de Bahia have reported that there were 387 homocides as a result of homophobia or anti-gay violence last year, indicating a sharp rise in fatalities.

It might come as a surprise, but more than 40% of all anti-LGBTQ hate crimes in the world take place in Brazil. Most will find that statistic shocking considering that Brazil appears to be one of the more gay-friendly places to live and visit.