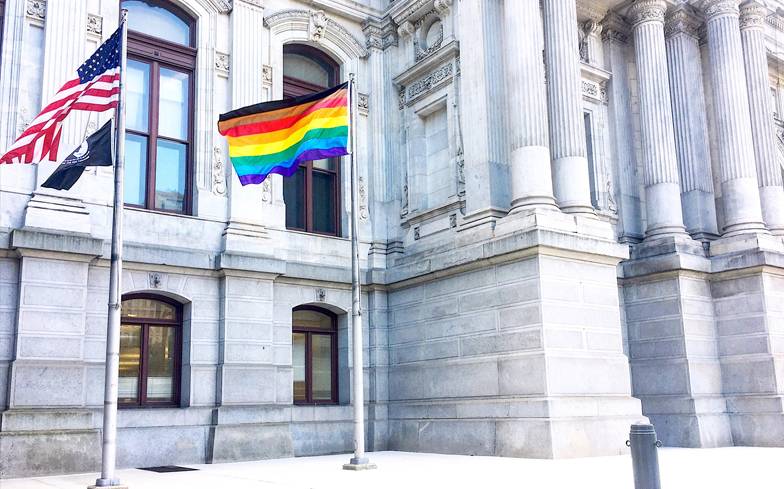 Hutchinson has backed the Medical Ethics and Diversity Act, also known as Senate Bill 289, which allows healthcare providers to refuse healthcare services to those that “violate” their personal beliefs.

Arkansas state manager of the Human Rights Campaign called the decision “a blatantly discriminatory attempt to strip LGBTQ people of basic rights,” said in a statement.

“Health care should be available to all who need it, not withheld by providers because of hate and fear”.

Hutchinson defended his position on the healthcare legislation which would make it legally possible for the LGBTQ+ community to be discriminated against on the grounds of personal beliefs.

“I weighed this bill very carefully, and it should be noted that I opposed the bill in the 2017 legislative session. The bill was changed to ensure that the exercise of the right of conscience is limited to ‘conscience-based objections to a particular health care service’,” he said in a statement.

Hutchinson added: “I support this right of conscience so long as emergency care is exempted and conscience objection cannot be used to deny general health service to any class of people.

“Most importantly, the federal laws that prohibit discrimination on the basis of race, sex, gender, and national origin continue to apply to the delivery of health care services.”

Bill 289 will allow medical practitioners the opportunity, if they see fit, to use the right of “conscience objection” to deny care to someone of the LGBTQ+ community.

ACLU of Arkansas Executive Director Holly Dickson criticised the signing of the new bill in a statement.

“There is no sugarcoating this: this bill is another brazen attempt to make it easier to discriminate against people and deny Arkansans the health care services they need,” Dickson said.

The Senate Bill states that practitioners have “the right not to participate in a healthcare service that violates [their] conscience”.

This is also followed by the clause that the medical body in question “is not required to participate in a healthcare service that violates [their] conscience”. This means institutions and practitioners have clear grounds to deny aid.

The new regulation also protects medical practitioners and healthcare institutions on their chosen decisions. Arkansas state manager of the Human Rights Campaign called the decision “a blatantly discriminatory attempt to strip LGBTQ people of basic rights,” said in a statement. “Health care should be available to all who need it, not withheld by providers because of hate and fear”.

The Bill also offers legal protections for those refusing to provide healthcare. The Medical Ethics and Diversity Act states those denying services are “not civilly, criminally, or administratively liable for the exercise of conscience rights not to participate in a healthcare service by a medical practitioner employed, contracted, or granted admitting privileges by a healthcare institution.”

This means institutions and practitioners that fall under the healthcare umbrella e.g. hospital staff, nursing home care and ambulance staff are within their rights to refuse to offer or agree to treatment.

This could also cause difficulties for those in more rural areas or locations with limited access to medical care.

However, Senate Bill 289, is the only on-going legislation threatening LGBTQ+ rights.

There are about 35 bills that are targeting trans rights. Many of them are trying to stop transgender athletes from participating in sporting teams that align with how they self-identify, according to Insider.

Mississippi was the first state to pass a law banning transgender girls and women from school sports.

Bill 2536, which exists under the title “provide that schools designate teams by biological sex”, aims to make it state binding that educational institutions must segregate sports teams based on biological sex.

The bill states participants of a sports team can only join “based on their biological sex”. Alongside these specifications, a hopeful participant must have a written statement proving their age and biological sex “in accordance with the student’s genetics and reproductive biology”.

Republicans are trying to stop transgender athletes from participating in teams or sporting events matching their gender identity.