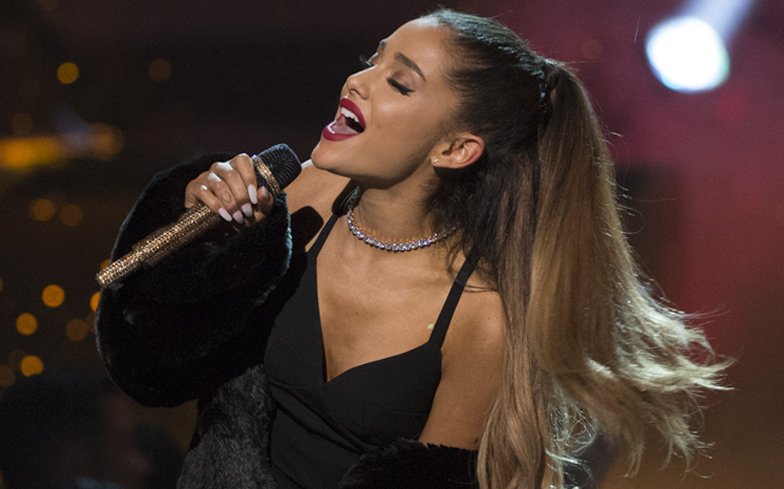 It was recently announced that the pop superstar, who’s been a fierce ally to the queer community throughout her career, will be headlining the new-and-improved Manchester Pride Live celebrations in August this year.

But while many fans are ecstatic at the chance to see their favourite artist perform and celebrate equality, some are unhappy that a straight performer is headlining an LGBTQ festival, and have accused her of ‘exploitation’.

“Ariana headlining pride when she’s straight (as far as we’re all aware) and doubling the price of tickets kinda smells like exploitation of the LGBTQ community to me,” wrote one Twitter user.

In response to the backlash, Ariana took to social media to share a short explanation of why she decided to accept the offer to headline, and reaffirm her adoration for the LGBTQ community. She continued: “LGBTQ representation is incredibly important, and I’m always proud to share the stage with LGBTQ artists!

“Over the years, pride events have been headlined by performers and artists of all sexual orientations and genders, including straight allies like Cher and Kylie Minogue.

“I do think there’s room for us to talk about these issues without equating a performance *for* an LGBTQ audience with exploitation of the LGBTQ community.

“If you truly feel like I didn’t deserve to be offered this spot, I respect that. But I did accept it excitedly and gratefully.

“I’m not claiming to be the hero of the community or the face of the LGBTQ rights movement – I just wanna put on a show that makes my LGBTQ fans feel special and celebrated and supported. That’s all I wanna do.”

Ariana also addressed criticism of the controversial increase in Manchester Pride ticket prices this year, making it clear that she “has nothing to do with” the prices and that they are “out of [her] control”.

Read her full reply below.

i saw many people discussing this so i wanted to chime in…. hope that’s okay 🖤🌫 pic.twitter.com/7joiZwI1QS