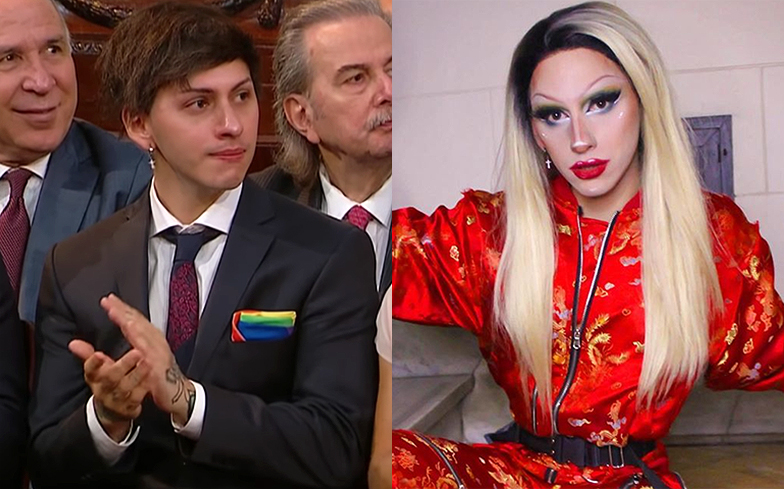 He was accompanied by his 24-year-old son Estanislao, an out gay man who showed his pride with a rainbow pocket square sticking out of his suit pocket.

Estanislao took to Instagram stories to confirm that the pocket square was actually a rainbow Pride flag.

“I’d like to clarify that the famous handkerchief that I had… it wasn’t a handkerchief, it was a flag, definitely a flag,” he said.

Estanislao, who goes by the drag name DYHZY, is a rising star in his country’s queer scene, serving some sickening cosplay looks and boasting over 360,000 followers on Instagram.

Trolls have targeted Alberto and his son, including Eduardo Bolsonaro, son of anti-LGBTQ Brazilian President Jair Bolsonaro, who recently retweeted a photo of himself holding a gun alongside a photo of DYHZY in drag with the caption, “This is not a meme”.

But Alberto isn’t letting the hate get to him, and has said that he is “proud” of his son for being successful in his art and for being an activist.

“I have pride in my son, how can I not be proud? My son is a rights activist in that community. I would worry if my son was a criminal, but he is a great man,” he said.

“In that world, which I don’t know much about, [he] seems to be respected and very recognised. I feel proud for my son.”

See some of DYHZY’s fiercest looks below.