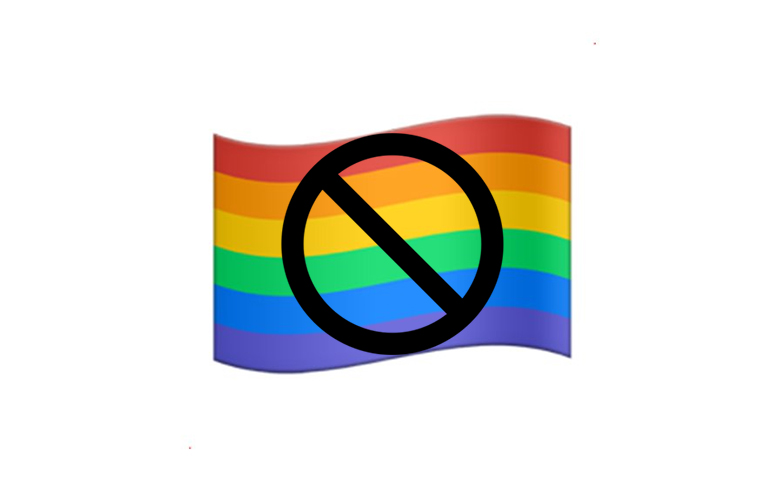 An anti-LGBTQ emoji has appeared on social media, and people aren’t happy.

The emoji, which appears as a rainbow pride flag with a strikethrough on top of it, recently began circulating on Twitter and has seen increased usage since, with some christening it the “no homo” emoji.

While the majority of people using it are part of the LGBTQ community themselves, the potential for it to be used maliciously by homophobes and transphobes is a valid concern.

Fortunately, it turns out it’s not an official emoji created by the Unicode Consortium (yes, that’s a real thing), rather it’s a glitch that merges the pride flag emoji and the “prohibited” emoji to create a bizarre crossover emoji.

On the desktop version of Twitter the two emoji appear one after the other, but on the mobile Twitter app they merge together.

Twitter say they are aware of the issue and are taking steps to fix it.

“The way the emoji is appears is due to Unicode presentation on iOS, and on its own is not a violation of our rules,” a Twitter spokesperson told Paper.

“However, if a user is targeted with this kind of emoji, and we have context that the intention is to shame, degrade, or harass based on membership (or perceived membership) in a protected category, we will action under our Hateful Conduct policies.”

In the meantime, members of the LGBTQ community have decided to have some fun with the anti-LGBTQ emoji.