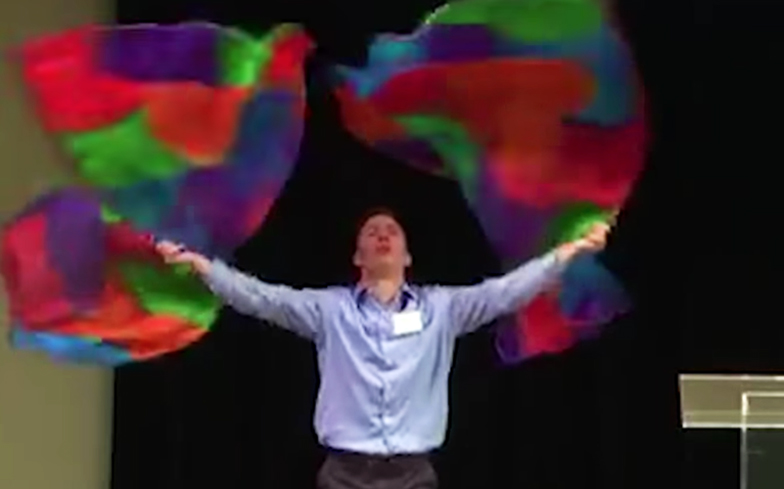 Did someone not get the memo?

MassResistance, a vehemently anti-LGBTQ hate group based in Massachusetts, opened their recent “countering the LGBT agenda” conference in Texas with an energetic rainbow flag interpretive dance.

It might not be the exact same flag we’re used to seeing at Pride parades, but the whole thing is very, very camp indeed.

“I think he just came out of the closet,” wrote one person in the comments section, while another added: “That awkward moment when an anti-LGBTQ group is gayer than most gays.”

Media Matters for America shared a video of the performance, which you can watch below.

MassResistance is classified as an anti-LGBTQ hate group by the Southern Poverty Law Centre.

The group’s leader, Brian Camenker, has previously compared homosexuality to bestiality, falsely claimed that no gay people were killed in the Holocaust, and suggested that gay people are “pushing perversion” onto children.

We’re sure he’ll be a big fan of this technicolour performance, then.