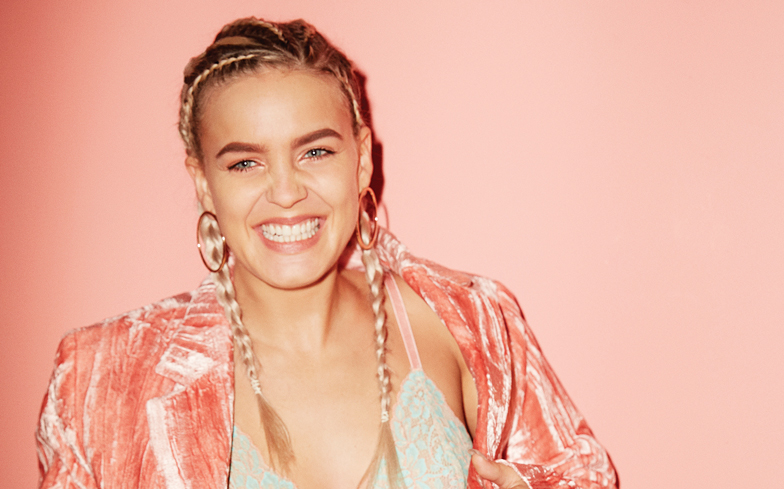 In an interview with The Line of Best Fit, Anne-Marie opened about her sexuality.

The interview was focusing on Anne-Marie’s debut album, Speak Your Mind, which was released yesterday. One of the songs, Perfect, is described as a “confessional rebuke to flawlessness” and addresses being an “outsider and gender-less romance.”

Even in the song, Anne-Marie sings “And I’ll love who I want to love, ’cause this love is gender-free.”

When asked about labels, she said: “I’ve never felt the need to tell anyone that I’m bisexual.

Elsewhere in the interview, she addressed her criticisms of the Conservative Party and Donald Trump, saying: “I really never used to give a shit about what I tweeted and what I used to say. I think it did cause a bit of trouble.

“When I was younger, I never really understood that people had different opinions and that my opinion wasn’t considered right to other people. So I used to get stressed if someone asked me to not talk about politics.

“But then you have a line. I will speak about anything; I have no wall and there’s not a thing I’m scared to talk about. But I know that there’s a limit. My opinion is just that, an opinion.

“So if I tweet about who I support in politics, I’m not going to convince others to support who I do. That’s what I want in my head, but it’s just going to piss people off.

“But when it comes to things like racism, sexism and homophobia — stuff that I feel really strongly about — I’m going say something,” she finished.

Earlier this week both Kehlani and Janelle Manáe came out as queer. Opening up about why she identified as queer as opposed to identifying as gay, Kehlani wrote: “i felt gay always insisted there was still a line drawn as to which ‘label’ of human i was attracted when i really jus be walking around thinking ERRYBODY FINE.”

Speaking about her sexuality, Janelle said: “Being a queer black woman in America, someone who has been in relationships with both men and women – I consider myself to be a free-ass motherfucker.”

She continued, saying: “I read about pansexuality and was like, ‘Oh, these are things that I identify with too’. I’m open to learning more about who I am.”