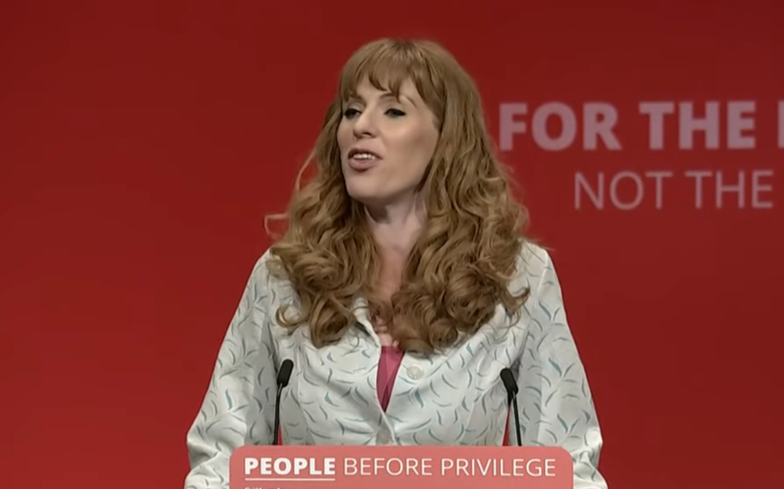 Angela Rayner said “debate” over transgender rights needs to be taken “away from commentators” as it “debases the serious issues” at hand.

During an appearance on Sky News on 29 March, Kay Burley questioned the Deputy Leader of the Labour Party on whether or not the world has “gone mad” because of people “struggling” to say whether or not a woman can have a penis.

Her question followed Sir Keir Starmer declining to answer the question during a radio interview a day earlier.

“This really upsets me because I think about a young person who’s struggling at the moment, who’s struggling with their identity, and when we’re having a social media or a debate around whether someone’s, what genitalia someone’s got, I think it really debases the serious issues that people face in their lives,” Rayner told Burley.

“There [are] protections for women and women that are in vulnerable situations, and we should also be looking after our young people who may be facing identity crises and making sure they get the help and support they need. When we debase it to whether or not what genitalia you’ve got, I think all that does is damage people and it doesn’t help us go forward on some of the real issues that people are facing.”

Trans rights are often the source of a so-called “debate” in the media, particularly when it comes to topics like self-ID.

Rayner called for these discussions to be taken “away from commentators” and handled by professionals instead.

She added: “Sure, we have to take everybody into account, and that’s why it shouldn’t be debased into a debate that is being had in media by people who are not qualified to discuss some of these issues.

“They’re very sensitive issues, I think we should be protecting women’s spaces, of course we should, and we should be supporting people who are going through transition.”

"Can a woman have a penis?"

Rayner, who has been the Member of Parliament for Ashton-under-Lyne since 2015, said trans men being asked if they are pregnant by medical professionals would be inappropriate.

She further stated: “If a man was born with the reproductive (organs) because they were born as a female and they’ve transitioned to a male, then if they’re getting medical support because they could be pregnant, then that might be a question that is asked as part of that in those circumstances.”

Rayner continued: “But it wouldn’t be a reasonable question for me to say ‘Have you got penis or not?’ because that’s not acceptable.

“So when we debase it into what genitalia someone may or may not have, I think that’s a really unhelpful way of looking at the debate to be honest.

“It’s doing real damage to people and it’s scaring women who think it’s about men coming [into] women only spaces, which is not, that’s not the case. And it’s also not supporting people going through transition who need support.”

Trans rights are human rights, and your fight is our fight too.