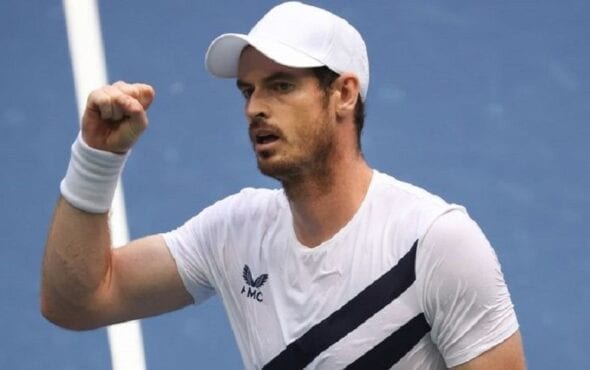 Margaret Court was once named as a ‘Homophobe of the Year’ by the GLORIAs.

Tennis legend Andy Murray has given his backing to a campaign aiming to rename the Margaret Court Arena in Australia over Court’s anti-LGBTQ+ views.

Speaking about the campaign launched by Women’s Tennis Association’s founder Billie Jean King, Murray told PrideLife: “I don’t think her [Court’s] values are what tennis stands for. She has obviously offended and upset a lot of people over the years.

“I think the players certainly have spoken up, which is a positive thing.

“As far as renaming the venue. I think that yes, it’s something the sport should consider. I don’t know who makes the final decision on that but I don’t think her values are what tennis stands for.”

He added that Court’s views on LGBTQ+ rights “detract” from the ability to just solely focus on playing tennis when playing in the arena.

Earlier this year, during a ceremony marking the 50th anniversary of Court’s quadruple Grand Slam victory, tennis legends Martina Navratilova and John McEnroe unfurled a banner calling for the arena to be renamed after Evonne Goolagong, an indigenous three-time Australian Open winner.

In earlier comments, McEnroe had referred to Court as the “crazy aunt” of tennis.

Court has been condemned by politicians in Australia because of her anti-LGBTQ+ views. Hitting out at a decision for Court to attend a Liberal Party fundraiser, Green politician Janet Rice highlighted comments where Court had likened LGBTQ+ youth to “those of the Devil” and “equated accepting and supporting LGBTIQ young people with ‘what Hitler did, with what communism did’.”

She has also claimed that lesbian tennis players would attempt to “recruit” younger girls.

Last year, Martina Navratilova, who has made controversial comments on trans athletes, hit back at Court over her “pathetic” views on trans children. Court had once again compared being LGBTQ+ to the Devil, this time in regard to inclusive education, and said that the LGBTQ+ community would “regret” having the T be part of the acronym.

“Pathetic. In every way … shame on Margaret,” Martina said, adding: “Margaret hasn’t changed her mind on gays so she sure won’t change it on trans either – amazing how strong her homophobia truly is.

“It’s outrageous and so wrong. We don’t need to change or re- write history when it comes to anyone’s accomplishments but we do not need to celebrate them.

“Margaret Court is hiding behind her Bible as many have done before her and will do after her. Let’s not keep elevating it.”