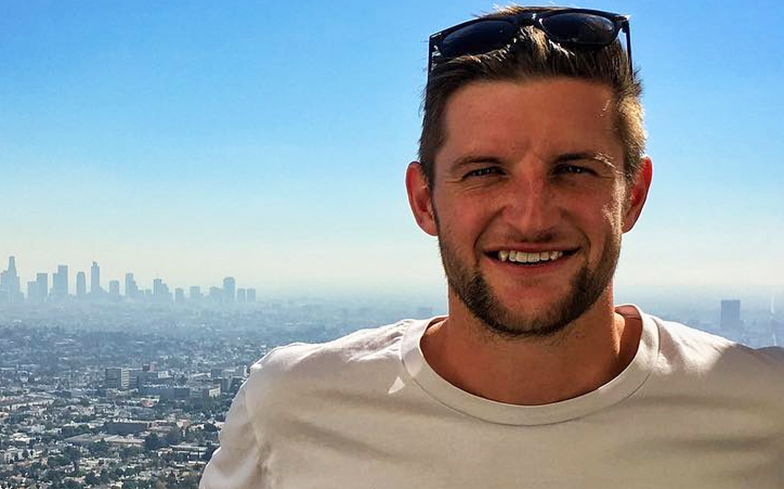 Welcome to the club, Andy Brennan!

In an op-ed for Professional Footballers Australia, the athlete explained that it has “taken a long time” to get to a place where he can be open about his sexuality, and that he wanted to come out to feel “comfortable” with himself.

“I couldn’t be happier that despite taking so long, ruminating over this decision for so many years and being entirely unsure about myself, I can finally come out and say it. I’m gay,” he wrote.

“It’s incredible saying that now; it feels amazing. And weirdly, it doesn’t feel like a big deal. Really in 2019, it shouldn’t be.”

While he feels happy with who he is now, Andy acknowledged that “there is [still] a stigma attached” to being gay, and that it was especially important for him to come out as he’s part of a sport that isn’t known for its acceptance.

“For people wondering why it is important for me to share this – the reality is, is that no straight person has to ever question how those around them might respond to their sexuality,” he continued.

“Being gay, in sport, and in the closet, it has been a mental burden of not knowing how those around you will react. It was a perceived pressure that consumed me. For so long, I wasn’t sure about myself and I certainly wasn’t comfortable talking about how I felt.”

Since he came out, Andy said that the response from fans and other players has been “so positive and totally overwhelming” and that any negativity is cancelled out by the fact that he can now be himself.

“There have been some negative messages and comments but the weight that has been lifted off me is completely worth it. I am finally free to be honest and open about who I am,” he said.

“Personally, it’s not about the validation, it’s about being able to move forward. Hopefully it helps anyone else who is struggling with what I struggled with to know that it can be ok. That’s why I did it.”

“I believed that I had to hide this part of myself, and it was a difficult personal journey to learn that I don’t have to hide it. And I’m so grateful that people are seeing me for who I am, and can be glad about it.”