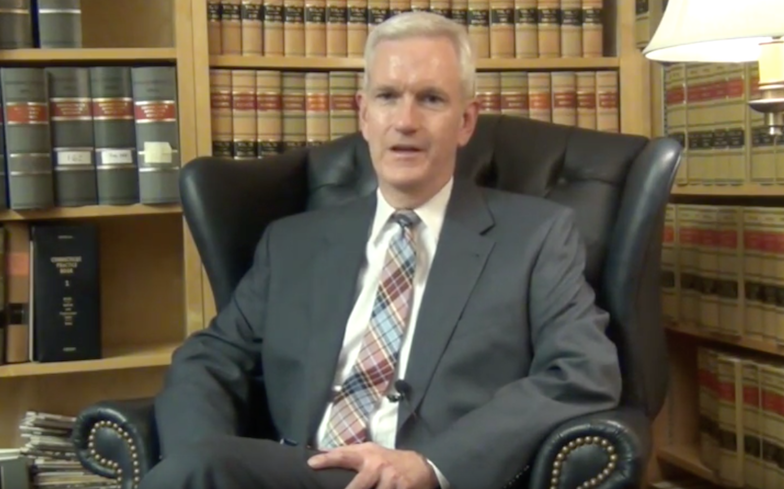 “I see it as a landmark moment for our state for equality and civil rights.”

In a monumental and unprecedented move, American politician Andrew J. McDonald has been nominated by Connecticut’s Governor – Dannel P. Malloy – as the state’s Chief Justice. If elected, he would become the first out leader of a state Supreme Court in the U.S.

McDonald would replace Chief Justice Chase T. Rogers, who is retiring in early February. No LGBTQ person has ever lead the courts as Chief Justice, so his nomination is significant.

McDonald told reporters: “I am deeply grateful to Governor Malloy for the confidence and trust he has placed in me with this nomination.

“When I was born here in Connecticut a little more than 50 years ago, loving relationships like the one Charles and I cherish were criminal in 49 states, including Connecticut.

“And when I came out in the early 1990s, I had family members who loved me deeply but so counseled me against pursuing either a career in law or in public service because of the deeply ingrained prejudices held by some people at that time.”

McDonald’s nomination has been praised by other politicians.

“Andrew McDonald will be a fair, balanced, and transparent Chief Justice. I have known Andrew as a colleague in Stamford and in the General Assembly as a friend,” said Republican state Rep. Livvy Floren.

“He is consummate professional with impeccable credentials – as a lawyer, legislator and jurist. This is a great day for Andrew and for the people of Connecticut.”

The committee’s co-chairman, William Tong, also showed support: “I see it as a landmark moment for our state for equality and civil rights. This nomination has nothing to do with one person. It has to do with breaking down an unjust barrier that has been there for a long time, and it’s a proud moment for our state.”