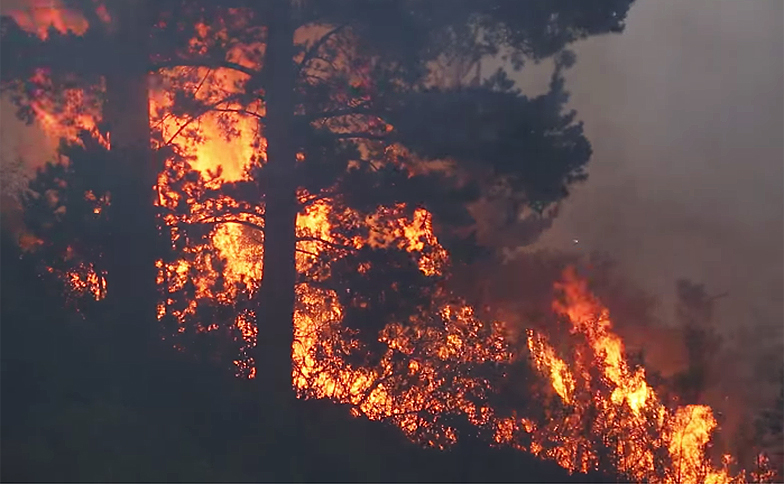 It was bound to happen at some point.

Whenever some disaster happens, some religious fanatic is always quick to blame the incident on the LGBTQ community. In the past, an Italian priest has blamed same-sex civil unions for earthquakes, and a religious pundit blamed a mass shooting on same-sex marriage.

And now American pastor Kevin Swanson has blamed the recent wildfires in California on the state’s liberal approach to LGBTQ rights. Swanson has a long history of speaking out against LGBTQ rights, and has even claimed that God will “judge” America because fictional character Albus Dumbledore was gay.

In a speech that was supposed to be an attack on California’s record on LGBTQ rights, he highlighted how the American state was the first state in America to show support to the LGBTQ community in many areas, including hosting the first gay Pride march and electing the first gay mayor.

He also highlighted how the state was the first one to introduce same-sex marriage, and the first to pass a ban on gay ‘cure’ therapy.

Swanson then said: “And then, in 2017, the California state schools implemented the homosexual indoctrination programme… and that was the kickoff for the biggest fires California has ever seen in its history, last year. And those fires continue in 2018.

“So God is burning down California in 2017 and 2018 after about 25 years of leading the pack to legitimise the sin of homosexuality in that state.”

However, despite Swanson’s claims most credited experts believe that the wildfires are actually down to global warming and not the advancement of LGBTQ rights.

Last year, when the lesbian former Mayor of Houston was blamed for causing Hurricane Harvey, she had the best response. Writing on Twitter, she wrote: “Darn it, I thought no one knew I had a super power over weather.”