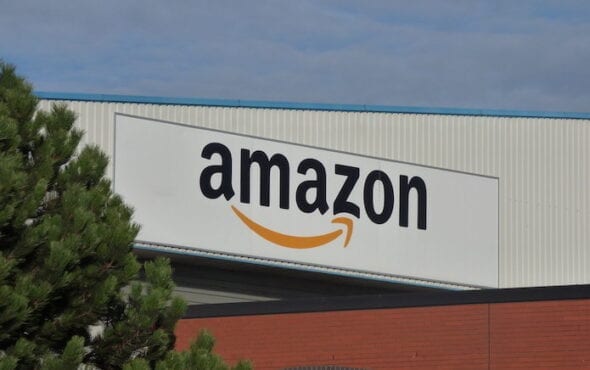 At least two Amazon employees have resigned in protest of the company’s decision to sell a book that frames LGBTQ+ identities as a mental illness.

A complaint, which received the backing of more than 450 Amazon employees, was shared on the company’s internal message board in April, according to NBC News.

Amazon is believed to be the second-largest employer in the US with over 1.3 million people employed worldwide.

Employees led a petition which called for the removal of  Irreversible Damage: The Transgender Craze Seducing Our Daughters; a book written by Abigail Shrier.

The controversial book explores a “trans epidemic” and is registered as a bestseller on Amazon’s platform in the company’s category of “LGBTQ+ Demographic Studies.”

In the book, Shrier writes: “Many of the adolescent girls suddenly identifying as transgender seemed to be caught in a ‘craze’ — a cultural enthusiasm that spreads like a virus.” This point is later elaborated on and the author labels this self-identified “craze” as a “crowd mental illness.”

Shrier goes a step further to say a therapist who affirms the gender of transgender patients is on the equivalent level of affirming a young person’s anorexia. “We wouldn’t think such a therapist was compassionate. We might think she was a monster,” Shrier’s book reads.

Selene Xenia, a software engineer who identifies as trans, was an Amazon employee for seven years before choosing to quit in June after the company continued to sell the anti-trans book.

“The book literally has [craze] in the title and considers being transgender a mental illness in many senses throughout the book,” Xenia told NBC News.

Amazon previous stopped selling another book that contained inflammatory notions about the trans community titled “When Harry Became Sally: Responding to the Transgender Moment. The book was removed for framing transgender identity as a form of mental illness.

“I found it extremely hypocritical for Amazon to say that it would stock this book and not another similar one,” Xenia added, telling the American news outlet. “It looks like Amazon had to remove that particular book for PR reasons, not because they felt morally obligated to.”

In a statement to The Hill, an Amazon spokesperson said e-commerce giant sells products of varying opinions and viewpoints: “As a bookseller, we believe that providing access to written speech and a variety of viewpoints is one of the most important things we do – even when those viewpoints differ from our own or Amazon’s stated positions.”

In a statement shared by NBC News, Shrier says the petition “won’t help” and states that she believes her book “[honours] the experiences of transgender adults” and does not imply that the trans identity is a mental illness.

Amazon previously blocked the sale of a self-published e-book that claimed the harms of the coronavirus was overstated. However, the ban was reversed after entrepreneur Elon Musk tweeted the action was “insane.”

The company has also removed books by David Duke, the former head of the Ku Klux Klan, and several books by George Lincoln Rockwell, the founder of the American Nazi Party.

Related: A California high school cheerleading coach was fired for being gay