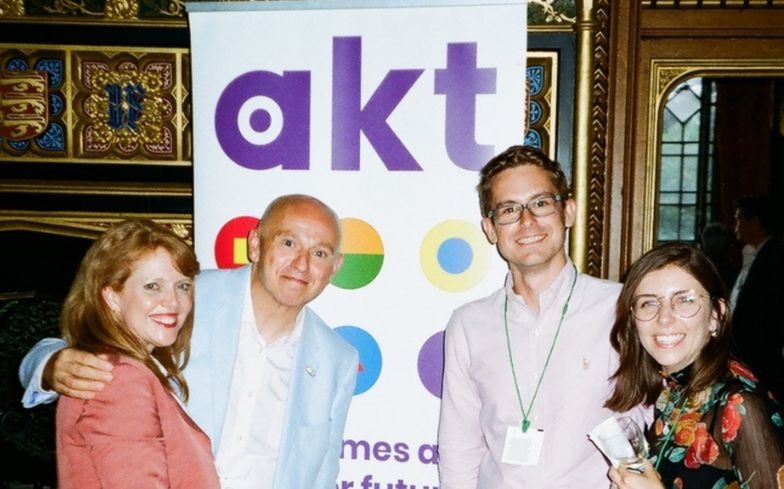 The charity held the event at the Speaker’s House.

The Albert Kennedy Trust has commemorated its 30th anniversary with an event held at the Speaker’s House. During the event, attendees heard speeches from ambassadors for the charity, Robyn and Edmond, and another patron Simon Callow.

Attendees were also treated to a rendition of Happy Birthday, played on the Speaker’s piano, by another patron of the charity, Dan Gillespie Sells.

As part of their 30th anniversary, the Albert Kennedy Trust also worked on a small video with students and lecturers at the Regent’s University, in London.

In part of the video, a woman called Jo, shared her story and how the charity helped her, after she was thrown out of her house for being gay. Jo revealed she had been outed, and said she called the number after finding an advert for the charity in a copy of Diva magazine, and stayed with a carer after meeting him.

Speaking about the impact this had on her, Jo said: “It felt like the first time I could be myself.”

Another service user, Faz, said they had to hide their trans identity from their family, while another user, Claire, spoke of becoming a “shell of a person” after exiting from a “volatile relationship.”

The video also highlights how issues affecting the LGBTQ community have changed since its founding in 1989. A voiceover says: “Over the last 30 years, the issues faced by young people helped by akt have become more complex and challenging.

“Clause 28 was repealed in 2003, and now the threat of honour-based violence, forced marriage and chemsex figure prominently.”

The video ends with a message, saying: “Unfortunately, in 2019, we are needed more than ever. So, we need you to give time, money and support to ensure LGBT young people get the start in life they deserve.”

Earlier this month, the Albert Kennedy Trust partnered with Fairy in a new campaign to promote LGBTQ acceptance.

As part of the campaign, Fairy changed its name to Fair and has adorned its bottle in rainbow colours. The brand will also be donating £50,000 to the akt, and for each bottle sold another donation will be made.

Tim Sigsworth, the CEO of the akt, explained that he hoped a child seeing the rainbow logo on the bottle would open up conversations with their parents and ultimately lead to more acceptance.

You can find out more about what the Albert Kennedy Trust does, as well as donate, by clicking here.