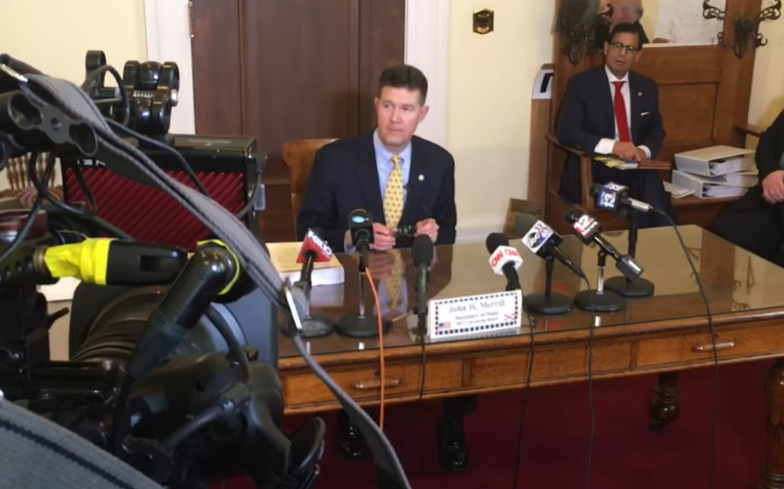 Alabama’s Secretary of State, John Merrill, who is also eyeing up a Senate bid, has claimed that pop culture has become too obsessed with “homosexual activities”.

Yellowhammer News reports that he made the comments at a campaign event in Fort Payne.

When asked about a cultural shift in pop culture, he slammed politicians for allowing it to happen. “That’s what we’ve allowed to happen. How have we allowed it to happen?” he said.

“There are no more good TV shows on like Gunsmoke, Bonanza, The Virginian, Andy Griffith, I Love Lucy. We don’t have those shows anymore.

“When we push back against that, and we quit allowing it to be in our homes – that’s how those changes have occurred because we’ve allowed them to slowly but surely come into our lives.”

In a separate interview with Al.com, he defended his stance, saying: “I meant what I said. People are too interested in anything that is not uplifting, edifying. They’re too busy being preoccupied with homosexual activities and the wife swap shows.”

When the website asked him for examples of Americans being preoccupied with “homosexual activities” he declined to do so.

However, he did add that there were no longer “shows that promote family and culture with a father, a mother and children based on biblical teachings and biblical principles on which our nation was founded.” Homophobia is commonplace in Alabama. Last month, it was revealed that a mayor in the state, Mark Chambers, had made a Facebook comment calling for gay people to be killed.

In response to a comment on the post, he said: “The only way to change it would be to kill the problem out. I know it’s bad to say but without killing them out there’s no way to fix it.”

When confronted over the posts, Chambers got angry and defensive, complained about privacy, and stated that his Facebook page wasn’t for the public despite acknowledging that his page privacy settings are, in fact, set to public. He later changed them to private.

Chambers is currently running for re-election.