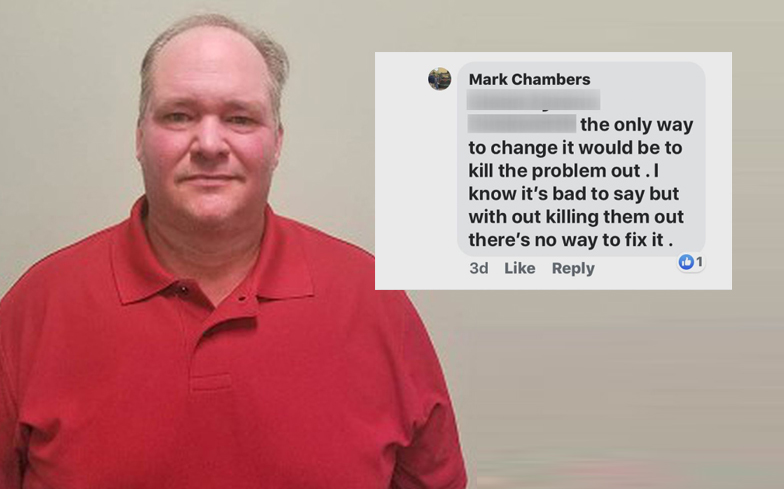 As we mark Pride Month and celebrate how we have come as a community, this story is a stark reminder that there is still a long way to go until we have completely stamped out bigotry.

An Alabama mayor has called for the killing of LGBTQ people in a Facebook post – which he has now deleted – saying that it would be the only way to “kill the problem out”.

Carbon Hill Mayor Mark Chambers denied that he made the comments at first, but later confessed.

Birmingham TV station WBRC provided a screenshots of the comments, and read them back to him over the phone.

A friend commented on the post with: “By giving the minority more rights than the majority. I hate to think of the country my grandkids will live in unless somehow we change and I think that will take a revolution.”

In response, Chambers said: “The only way to change it would be to kill the problem out. I know it’s bad to say but without killing them out there’s no way to fix it.”

When confronted about his anti-LGBTQ post, Chambers tried to deny that it was his and claimed that it was on someone else’s page.

He quickly took that claim back, however, then saying that the message was intended to be a private direct message to a friend.

“I never said anything about killing out gays or anything like that,” he added.

The reporter read the message back to him, and Chambers replied with: “That’s in a revolution. That’s right! If it comes to a revolution in this country both sides of these people will be killed out.”

WBRC reports that Chambers then got angry and complained about privacy, and stated that his Facebook page wasn’t for the public despite acknowledging that his page privacy setting s are, in fact, set to public. He later changed them to private.

Chambers became mayor of Carbon Hill back in 2014, and leads the town of 2,000 citizens.