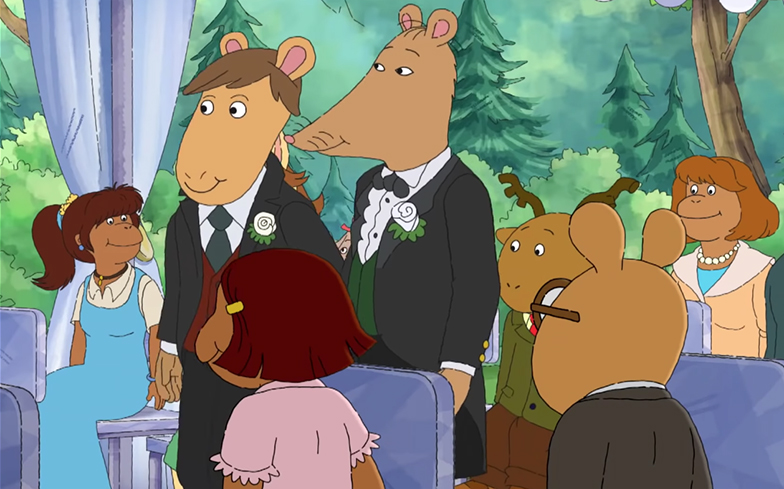 Alabama Public Television has refused to broadcast a same-sex wedding in Arthur.

The popular cartoon – which you may be surprised to find out is still on air and entering its 22nd season – has long encouraged viewers to respect the things that make us different, and their latest episode continued that trend.

The season 22 premiere, titled Mr Ratburn and the Special Someone, saw Arthur’s beloved elementary school teacher Mr Ratburn not only come out as gay, but also get married to his now-husband, Patrick the Aardvark.

Despite celebration from fans, on the date the episode was expected to air across the United States, Alabama Public Television instead chose to run an old episode of the show, and have now confirmed they have no plans to broadcast the wedding episode.

“More importantly – although we strongly encourage parents to watch television with their children and talk about what they have learned afterwards — parents trust that their children can watch APT without their supervision.

“We also know that children who are younger than the ‘target’ audience for Arthur also watch the program.”

He added: “The vast majority of parents will not have heard about the content, whether they agree with it or not. Because of this, we felt it would be a violation of trust to broadcast the episode.”

“This attack to censor content is not only mean-spirited, it’s a losing battle,” said GLAAD President and CEO Sarah Kate Ellis. “If leadership of this public broadcasting station cannot serve the interests of the entire public, it’s time to find someone who can.”

Misty Souder, a substitute teacher in McCalla, Alabama, told new outlet AL.com that she recorded the episode to watch with her 9-year-old daughter, but was disappointed when the episode turned out to be a re-run.

She reached out to Alabama Public Television about their decision, and says she used the experience to teach her daughter about the importance of supporting minorities when their voices are silenced.

“I just want her to be aware,” she said. “There’s too much going on not to stand up for stuff, even if it’s Arthur. I never thought I’d be going to battle for a gay rat wedding, but here we are.”