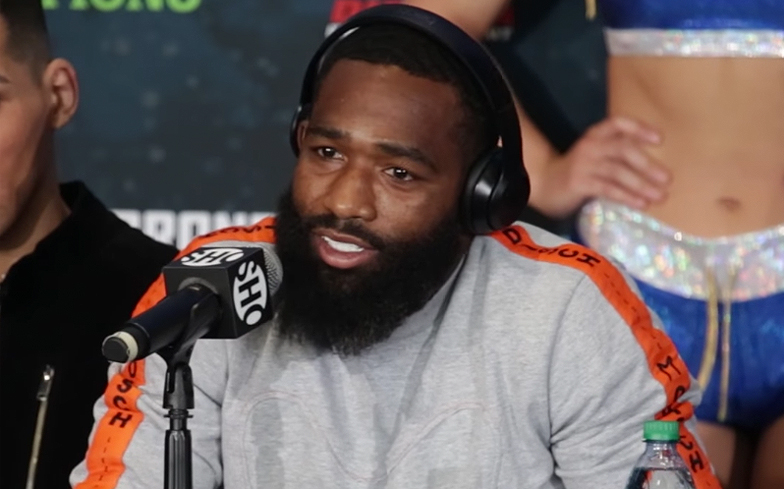 Former world champion boxer Adrien Broner has been heavily criticised by viewers after using the word ‘gay’ as a pejorative.

The 28-year-old athlete was frustrated following his match on Saturday night, which saw him go 12 round with opponent Jessie Vargas only to end up a draw between the two.

While Adrien may not have lost the fight, he certainly lost any sympathy we had for his result following his post-match interview however.

During a face-to-face interview, according to OutSports, Adrien said: “I beat yo’ ass. Look at his face. It looks like I beat him like they beat Martin Luther King with, man.

Viewers were not happy with both Adrien’s use of ‘gay’ as a slur, and the way he mentioned Martin Luther King.

“This dude Adrien Broner is so ignorant. Making us all look bad,” Trevor Booker said on Twitter, while Eric Raskin added: “More Broner opponents need to aim all their punches at his larynx so he can’t do postfight interviews.”

SportsNet reporter Taylor Rooks said: “Broner is out of control with that interview. Using MLK as a ‘joke’ is just ridiculous. He said so many awful things tonight I can’t even count. No excuse. Get him OUT of here.”

“Let’s go to my town,” he said. “I want to fight him where I’m from. These hella Mexicans in here booing me and shit. They want some rice and chicken.”

Despite his comments making headlines and causing offence, Adrien has yet to respond to criticism – and there was plenty on Twitter.

Here’s just a few for you.

Adrien Broner is the most ignorant person in sports. My goodness he’s an embarrassment.

Broner a damn fool man smh just ignorant for no reason. And the only AB I acknowledge for greatness is Antonio Brown

Broner is a disgrace