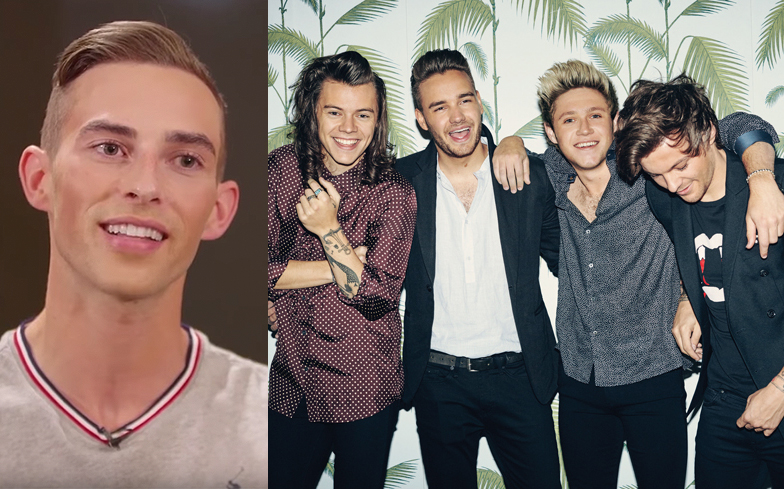 Fresh from scoring himself a bronze medal for the US figure skating team at the Winter Olympics, Adam Rippon has revealed who his celebrity crush is – and it’s a certain member of British boyband One Direction.

In a new interview, the Olympian admitted that he didn’t get the hype around this particular heartthrob at first, but has now come to realise the appeal over the past year.

“So I didn’t realise that he was cute until One Direction broke up,” he told Us Weekly. “But now that Harry Styles is, you know, living that solo singer career, yeah, I’m into it.”

Welcome to the club, Adam.

In fact, it wasn’t actually the first time the figure skater revealed his crush on the British singer, as he’d recently answered a similar question from People magazine.

“Listen, Harry, I’m sorry I didn’t notice earlier, but I notice now,” he told them. “And that’s what matters.”

Adam Rippon has become one of the breakout stars of the Winter Olympics, after he became the first openly gay man from the US to qualify for the competition.

Over the weekend, Sally Field proved she could add ‘matchmaker’ to her resumé after she tried setting her son up with the Olympic figure skater.

Sally then had one final message for the Adam: “Sam was mortified. I have to bud out now..but I would like to see Adam in the family.”