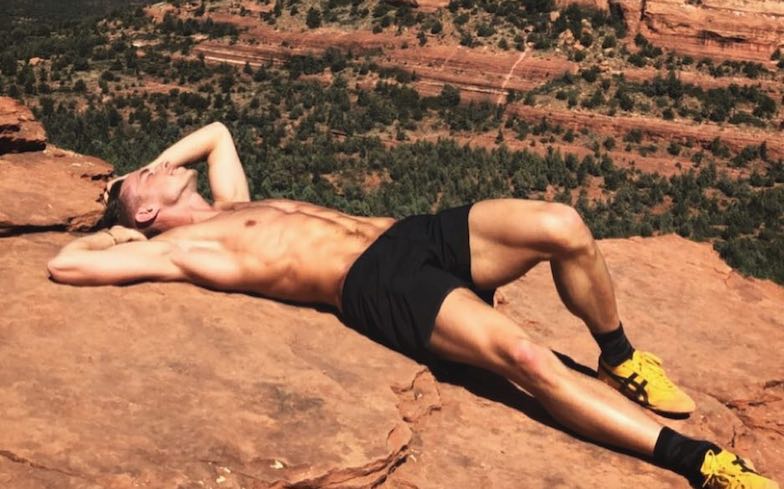 His debut at the Winter Olympics will also mark the first time in 80 years since an American man his age competed as a rookie.

Figure skater Adam Rippon has made history by becoming the first openly gay man from the United States to qualify for the Winter Olympics.

Rippon – who won the US national championship in 2016 – will compete next month alongside Nathan Chen and Vincent Zhou in PyeongChang, South Korea.

The 28-year-old told reporters: “I’m really grateful that the selection committee looked at my body of work over the last two seasons.

“A few weeks ago, I was asked in an interview – and I tweeted about it – that they asked me, what was it like being a gay athlete in sports? And I said, it’s exactly like being a straight athlete, only with better eyebrows…

“Growing up, I really didn’t have a lot of role models. And I said, if I was ever given the chance and the platform, I would share my story. Because I don’t really care what other people think of me.”

He continued: “I’m able to go out there and I’m really able to be, like, unabashedly myself. And I want somebody who’s young, who’s struggling, who’s not sure if it’s OK if they are themselves to know that it’s OK.”

According to The Washington Post, Rippon’s debut marks the first time in 80 years since an American man his age competed as a rookie.

An openly gay man from the US has never competed in the Winter Olympics. Johnny Weir competed in 2006 and 2010, but didn’t come out publicly until his memoir, Welcome to My World, in 2011.

Gus Kenworthy may also compete this year but won’t find out until later this month. In December, Gus said he’d refuse a visit to the White House after the Winter Olympics, if invited: “I have no interest in faking support. I don’t want to go shake his hand.”